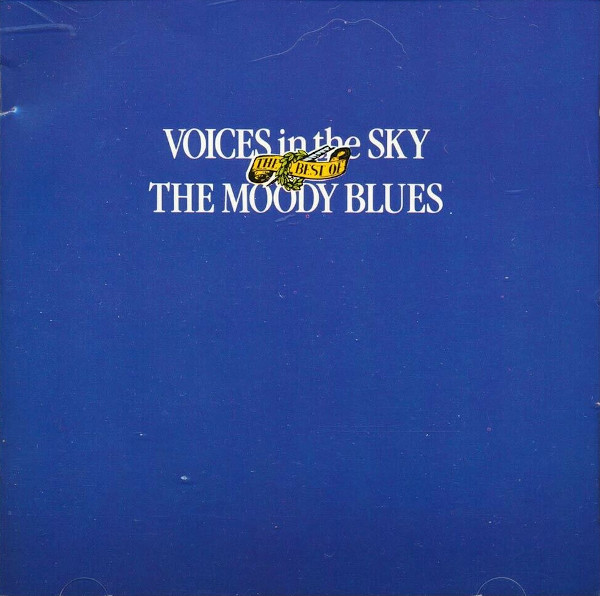 Kronomyth 14.0: In search of the lost voices in the sky.

You would think this contained the song “Voices in the Sky.” It doesn’t. Maybe someone thought the title was clever. It isn’t. Purporting to be the best of The Moody Blues, listeners deserved better, from the lame cover (it’s blue, I get it) and lack of liner notes to the limp selection. Does anyone except the person who compiled this really think that “Veteran Cosmic Rocker” is a better song that “Forever Afternoon (Tuesday)” or “The Story In Your Eyes?” I like Long Distance Voyager, don’t get me wrong, I just didn’t expect to re-encounter half of it here.

What Voices ends up doing is creating a mottled patchwork of the band’s legacy, mixing synthetics (“Talking Out of Turn”) and psychedelia (“Ride My See-Saw”) with no regard for placement or effect. I wouldn’t presume to tell you that putting together a single-disc Moodies sampler is an easy task. It’s a big world between “Go Now!” and “I Know You’re Out There Somewhere,” and any bridge between the two is bound to be bumpy. Putting the music in chronological order would have helped matters immensely.

This Is The Moody Blues did a much better job of things by digging into the albums, just as fans had always done. No one was going to subsist on “After You Came” or “Isn’t Life Strange;” they were pieces of a bigger whole. If you’re new to the Moodies, buy Days of Future Passed, Threshold of a Dream, Lost Chord or even Long Distance Voyager. As for Voices in the Sky, you can build your own Moodies mix and do a damn sight better in the bargain. Unless you buy those songs on iTunes, in which case you can cross out the words “in the bargain” and probably change “damn” to “damned.”