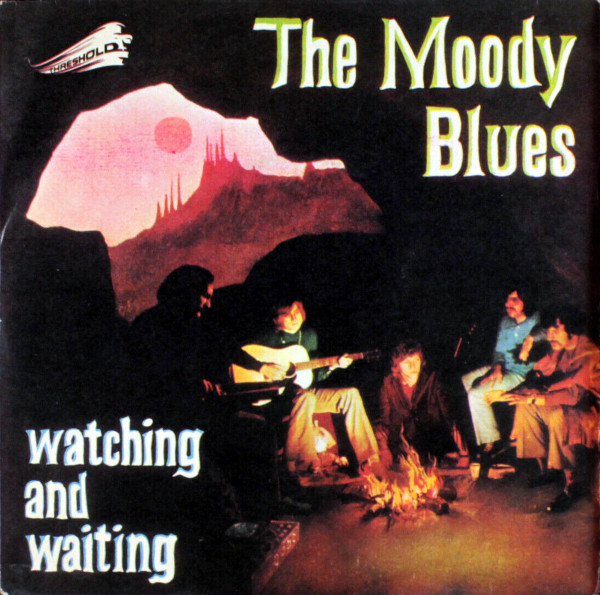 The largely ignored single from the Moodies’ forthcoming fifth is still one of the prettiest things they’ve ever done.

Kronomyth 5.01: Eden in the quietest moments.

The Moody Blues’ fifth album, To Our Children’s Children’s Children, was inspired by the exploration of space. It was an ambitious, if loosely strung together, concept that contained quite a few good songs, all of which were unfortunately buried by murky, muffled production. Watching and Waiting likely suffered the most for these sins, since it’s really a beautiful track—arguably one of their prettiest—but in audible need of some oomph.

The theme of “Watching and Waiting” can be interpreted in several ways. Some have seen God in the details, and that may be true, although the fields and forests referenced likely have more to do with an extraterrestrial Perelandra that awaits in space rather than our lost, terrestrial Eden. The mole burrowing through the dark toward sunlight now becomes man searching through space, which makes more sense given the album’s central concept. If you’ve happened upon a happier explanation, however, stick with it, since there is no right or wrong interpretation of art: it’s something to be experienced by the individual, not rationalized, criticized and homogenized.

Watching and Waiting—when we heard that song in its studio beauty, we thought, “This is it! All of those people who had been saying to us for the past 3 or 4 years, ‘You’ll probably just do another Nights in White Satin with it’—no!” We had shivers up the spine, and that kind of stuff. But when it came out and you heard it on the radio, you kept saying, “Turn it up! Turn it up!! Oh no, it’s not going to make it.” So it didn’t happen. – Justin Hayward, in a 2014 interview with digitaltrends.com.

The B side is Out and In, another of Mike Pinder’s inner journeys of the mind, this time as it relates to space. I’ve always felt this song expresses the idea that expanding the vast cosmos is only one part of the journey, and expanding our vast consciousness is the other part. Pinder sings it passably well, and John Lodge’s cowriting credit apparently disappeared with time, so it’s unclear what Lodge may have originally contributed to the song. Both songs feature the mellotron and sound vaguely like David Bowie’s “Space Oddity,” who was having a moment at the time.

A few loose odds and ends to address: this was the first single released on the band’s new label, Threshold Records. It was the only single released from the Moodies’ fifth album and, surprisingly, failed to chart despite the fact that the album reached #2 on the UK charts. Even stranger, it wasn’t released in the US, and so American disc jockeys were left to pick their own single (they chose “Gypsy”).