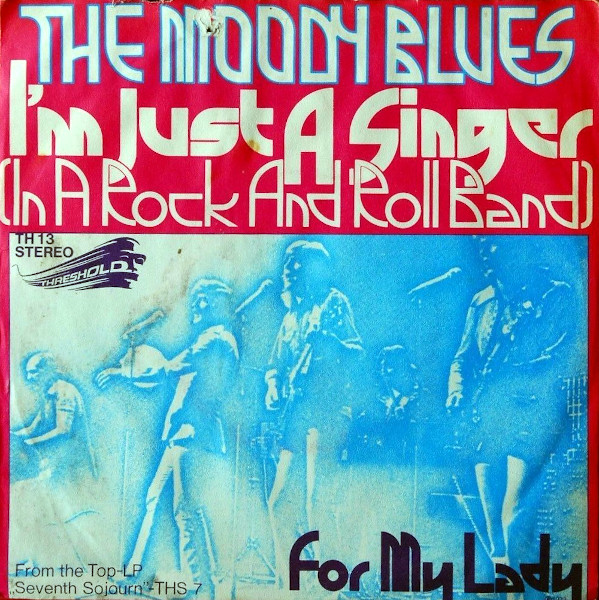 Kronomyth 8.1: I’m just a worrier on this phase of the earth.

I don’t have many memories of the past, but the memories I do have are often tied to music. This single from The Moody Blues has the rare distinction of recalling two separate memories: one of sitting in a dorm room in college while a friend played this song for me on her stereo (it was the first time I had heard it), the other of sitting in a cubicle while a friend would sing “I’m just a warrior on the face of this earth” as our shift supervisor (and amateur singer) walked in and out of her office. I’ve been blessed with some very sweet and funny people in my life. I suspect that music triggers some part of our brain where memories are stored, although it could have something to do with autism.

Anyway, John Lodge’s I’m Just a Singer stands as one of the more self-aware rock songs ever recorded, as he presents the paradox of the rock & roll singer: a human being who needs to both remember and forget that they’re only one voice among many. It doesn’t hurt that the song has a good driving beat behind it and some timeless touches from Mike Pinder. For My Lady is, for my money, the best song Ray Thomas ever wrote. In fact, it may be my favorite Moodies song of all time, hopeless, forgetful romantic that I am. Of interest, the accordion sound on the song is actually the Chamberlin, an instrument that features prominently on Seventh Sojourn.