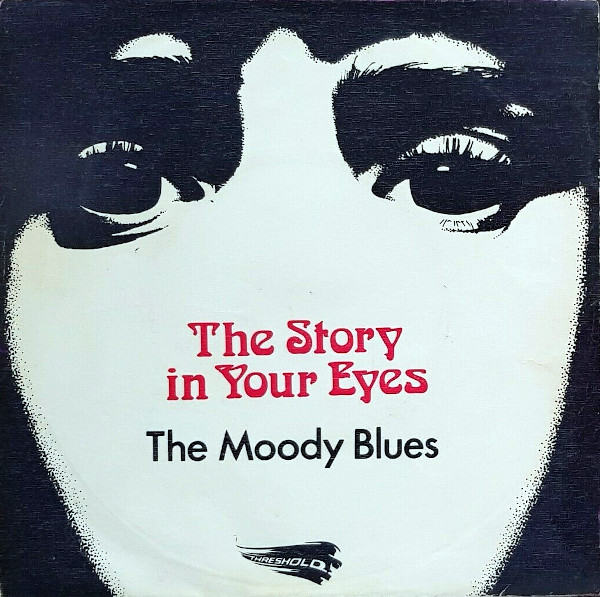 Fear, hope, sadness… just some of the many moods of The Moody Blues on this Top 40 single.

The single from The Moody Blues’ seventh album, Every Good Boy Deserves Favour, was another rush of melodic rock from the group’s strongest songwriter, Justin Hayward. The Story In Your Eyes is deeper than it lets on, as Hayward worries aloud about the future, even as he assures himself that love and hope remain. Yes, the world seemed like it was headed for destruction, even back in the relatively halcyon days of the 1970s.

The band’s label, Threshold Records, opted for two different B sides in Europe and overseas, both written by Mike Pinder. My Song is the grand if strange ending to EGBDF, which is reminiscent of Genesis at the end when Ray Thomas whips out his flute. In the US, Melancholy Man from the band’s last record was pressed into service. I’ve always found that song, well, depressing, but I suppose that’s the whole point. With the other four members, you more or less you knew what you were getting, but Pinder was harder to pin down as a songwriter. If you were to make a compilation of his contributions to the Moody Blues, it would sound markedly different from the “standard” Moodies sound. And be a lot more interesting, too.

One additional note: The US single lists the track time for “Melancholy Man” at almost a half-minute less than the album version. I haven’t heard the B side version, so I can’t confirm if it’s a single edit, but I just wanted to mention that, if only to sow a little more uncertainty in the world.

Original 7-inch single version (Europe)
A1. The Story In Your Eyes (Justin Hayward)
B1. My Song (Mike Pinder)