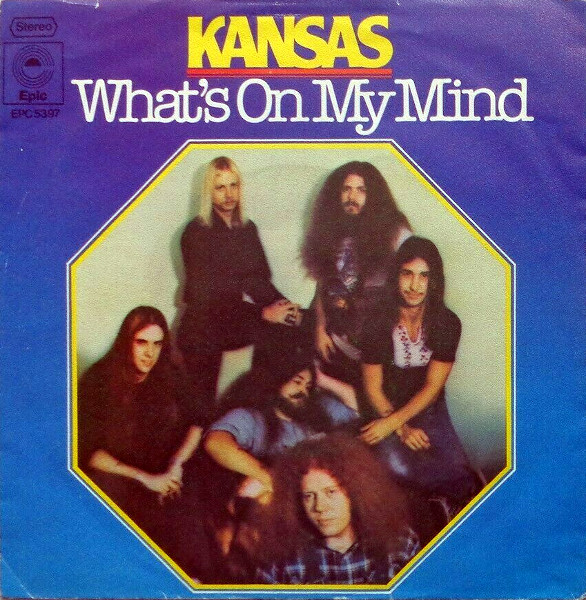 Kansas was still hot, but it appears no one had an appetite for a second single from Leftoverture.

Kronomyth 4.2: Carrion and a wayward song.

Leftoverture certainly warranted a second single and, without an obvious choice, What’s On My Mind got the nod. Identical to the elpee version but now correctly listed at three-and-a-half minutes (the elpee track is credited as 4:27), it’s a remarkably catchy track that holds its own with anything on Foreigner’s first elpee. Yet, despite the similarities between the two bands, Kansas was labelled a prog band and Foreigner was not. Which only goes to show how useless labels really are.

Written by Kerry Livgren, “What’s On My Mind” tells the story of a man who was let go by a woman, did some growing up and now is ready to return to the relationship an improved man—a surprisingly optimistic and mature outlook on the traditional “baby I want you back” theme. The flip side is a dark narrative from the earlier Song for America album, Lonely Street. I’m not sure why they chose this track other than the fact that it now gives everyone in the band a songwriting credit on the single for royalty purposes (whatever royalties there were to be had from a single that never charted). Both songs feature some blistering guitar work from Rich Williams, a criminally underrated lead guitarist.