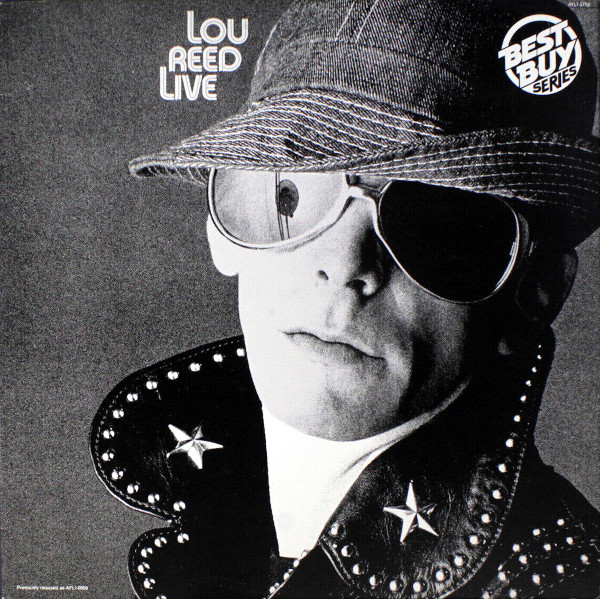 The critics were more vicious this time, but Hunter and Wagner are absolute animals on these songs.

Kronomyth 6.0: A walk on the milder side.

This is more or less the other half of Lou Reed’s live concert at The Academy of Music. “Less” seems to be the general consensus. The first half, captured on Rock ‘n’ Roll Animal, is canon in the annals of live rock & roll records. Lou Reed Live is regarded as the songs that missed the first cut. I agree that Rock ‘n’ Roll Animal floored me in a way that Lou Reed Live doesn’t, but I’m not so jaded as to et cetera an album into existence that contains Steve Hunter and Dick Wagner dueling it out for lead lead guitarist.

In my half-assed opinion, the performances from Hunter and Wagner outstrip Lou Reed’s banal reading of his own meisterworks. Like a lot of artists from the time (Bob Dylan, Neil Young, Joni Mitchell), Reed was more interested in moving forward than revisiting the past, and so you get irreverent readings of “Walk on the Wild Wide,” “Satellite of Love” and “I’m Waiting for the Man.” That leaves you with only three performance that shine consistently: the unsinkable “Vicious,” “Oh Jim” and “Sad Song.”

The guitar soloing on “Oh Jim” is easily the album’s highlight. A straight reading of “Vicious” is also a winner, while “Sad Song” is just an awesome way to end a concert. Apparently, producer Steve Katz brought in a backing vocalist, Rob Hegel, to sweeten the final mix of “Sad Song” in the studio. At least Katz didn’t do guitar overdubs; now that would have been heresy.

Without Hunter and Wagner goading each other on to greatness then, yeah, Lou Reed Live would be largely inconsequential. But it’s still half a great show, even if it isn’t the better half. And any show that ends with someone shouting “Lou Reed sucks!” probably doesn’t, since live Lou Reed is all about getting a reaction from the audience.