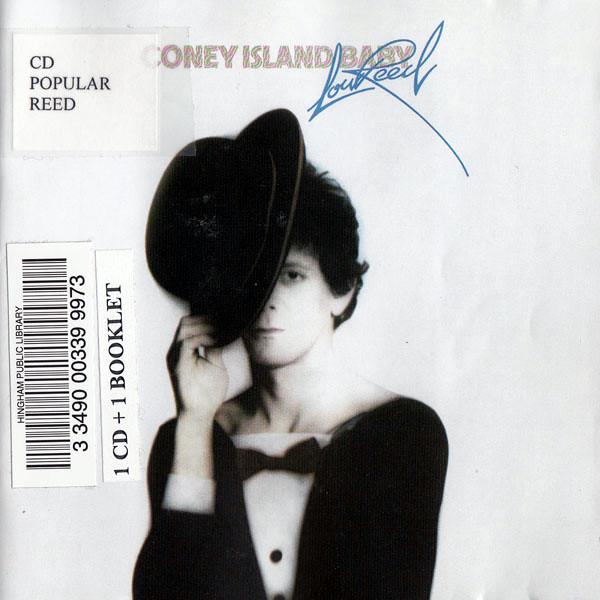 Good enough to wash away from the bad feelings from his last record, this is the lamb offered after the lion’s slaughter.

Since neither you nor I wish to suffer through another football analogy for Coney Island Baby, I’ll be comparing this to badminton instead, complete with liberal use of the word shuttlecock… Lou Reed had his shuttlecock handed back to him with Metal Machine Music, fans and critics alike crying “Foul!” So on his next serve, Reed made sure to transform back into his bad-boy Bob Dylan pose and clear the service line with a serviceable album of rock and roll.

Only an interesting thing had happened since Sally Can’t Dance (which by all accounts was a let): Lou’s heart had been exposed in the post 3M evisceration and laid out for all to see on Coney’s title track. Or maybe it was more role-playing from a confused chameleon who couldn’t decide whether to play with his own shuttlecock or someone else’s. Either way, the album was deemed a smash and critics creem’d their jeans at Reed’s resurgence after what appeared to be an unrecoverable break in service.

In my opinion, Coney Island Baby is a good album that followed a very bad one, featuring a solid backing band that serves up a series of lobs to Lou, from the wild walk of “Charley’s Girl” to the languid stroll of “Coney Island Baby.” Is it an ace? No. Rather, CIB is a shift in strategy that would be used to fine (and not-so-fine) effect on subsequent albums: Reed as the fallen, ugly angel in the midst of America’s median moral decency. The guitar, bass and drums play the collective straight men while the singer falls apart in childhood reveries, silly fantasies and dark desires. “Kicks” gets a lot of attention for its VU-styled strangeness, but I’ll tell you what: I’d give it all away for “A Gift.”

Coney Island Baby is an important work because it effectively turned a potentially game-ending gaffe into an artful double motion. Or, to put it another way, Reed recovered his own fumble and started running in the right direction with this one.

All songs by Lou Reed.