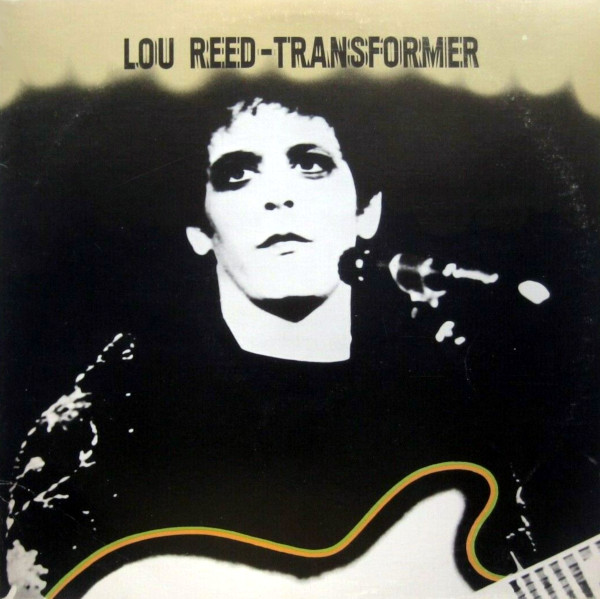 Reed joins the ranks of the glammer twins (Bowie, Iggy) on this breakout album. A walk on the wild side, indeed.

Kronomyth 2.0: The rise and fall of Lou Reed.

Whether or not you bought into the idea of Lou Reed the bisexual glam rocker, the transformation from underground hero to solo superstar was now complete. It wasn’t that the songs of Transformer were radically different from the last two Velvet Underground albums, but that fans could finally focus all their attention and adulation on Reed as author, creator and icon. Between Iggy Pop and Lou Reed, it must have seemed that David Bowie was conscripting all the old punks into his new dude army.

It is an unusual alliance; Reed was never a glammer, although if the title came with Mick Ronson I’d take it too. Of course, Reed didn’t need the reflected glory of David Bowie to shine, and Transformer isn’t that much different from what he was doing before. He would have written “Vicious” and “Perfect Day” without Bowie being on the same continent, let alone in the control room, but “Satellite of Love” (here rendered in a brilliant approximation of Ziggy-era Bowie), “Make Up” and “Walk On The Wild Side” would have turned out much differently (if they turned up at all) with a different producer.

What’s interesting here is that Lou Reed seems to inhabit the same debauched, burned-out beau monde as Iggy. Listening to “Andy’s Chest” or “Wagon Wheel,” you have the sense that Reed might be the one sane person in a crazy world. Reed tore up his dude card soon enough and people stopped talking about whether he liked boys or girls, but we’ve never really stopped talking about Transformer. It helped cement his status as a star, healed the hurt over the Underground’s demise and introduced a new hero for people who desperately needed one. It also provides about forty minutes of intense listening pleasure, in case you care about those things.