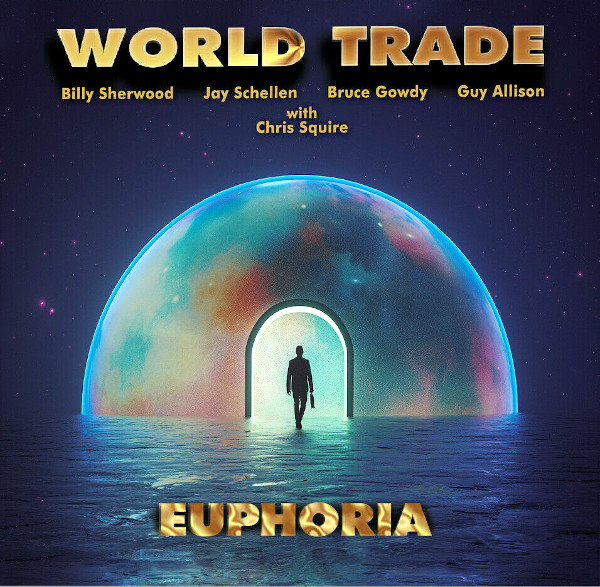 Kronomyth 2.0: All for one and one euphoria.

The music of Billy Sherwood has been remarkably consistent over the years. The names may change (Lodgic, World Trade, Conspiracy), but the vision remains the same. Of course, many of the same players have been involved from project to project, including (here) Guy Allison, Bruce Gowdy, Jay Schellen and, for two tracks, Chris Squire. Likewise, the musical reference points remain Yes, Rush and the neo-prog movement they inspired.

Personally, I think Euphoria, The Big Peace and Conspiracy are all worth owning. Then again, I also liked Union, which is almost universally reviled by Yes fans. If the melodies are all vaguely familiar (and they are), a Billy Sherwood song is never far from a catchy chorus or a moody, pleasant theme. Even with a variety of songwriting partners, the material doesn’t stray far from the Billy Sherwood formula of edgy, melodic neo-prog studio rock. (I’m still trying to figure out how it took four people to write “Not the Only One.”)

On the less forgiving hand, the production on Euphoria feels processed. The drumming in particular is a distraction, often appearing a fraction of a beat behind the music. That may be Jay Schellen’s decision (he’s something of an unconventional drummer, not an entirely novel concept to Yes fans), but giving the drums and cymbals a more organic sound would have made it less distracting. Instead, it’s largely up to Sherwood’s bass to keep the beat. Also, sometimes the big choruses fall flat (e.g., “The Wake of the Storm”), not that I fault Sherwood for trying to make a big statement with each song, since prog is notorious for taking itself serious.

Let’s face it: You’ve probably played those Yes and Rush records to death. And if you’re going to make the case that Talk or Hold Your Fire are great albums, then it’s only a small leap of faith to champion Euphoria or The Big Peace. Had World Trade gotten more exposure—say, opening for Yes or Rush on tour—they might have developed their own following. As it stands, however, they’re mostly of peripheral interest to Yes fans who know Billy Sherwood from his work with the band. And, for them, a guest appearance by Chris Squire on two tracks (including “Say Goodbye,” which appeared as a hidden bonus track on Conspiracy) is all the encouragement they’ll need to look for Euphoria.

Released on compact disc in 1995 in the US (Magna Carta).