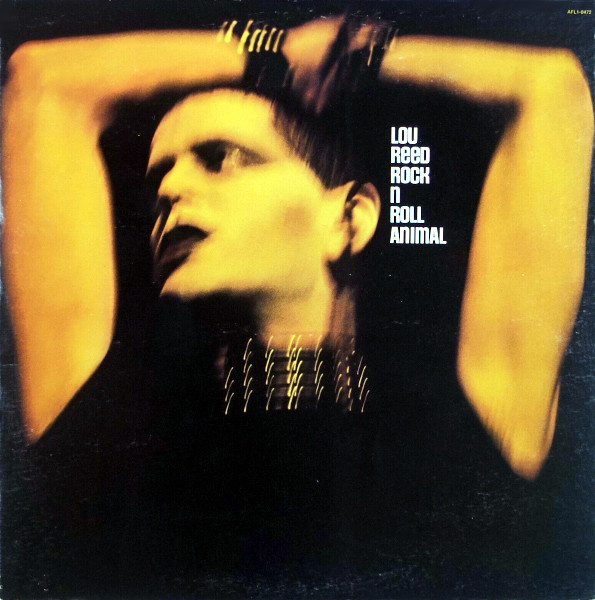 Epic renditions of V.U. classics including thirteen minutes of “Heroin.” You’re only getting five songs, but nearly 50 minutes of pure awesomeness.

Kronomyth 4.0: A walk on the wild side

Rock n Roll Animal offers part of Lou Reed’s live performance in NYC from December 21, 1973 (the rest of it presumably appears on 1975’s Lou Reed Live). Though, at only five songs, it might seem the spirit of Scrooge was upon him, the treatment given these songs is nothing if not generous. Led by the clever interplay of guitarists Steve Hunter and Dick Wagner, with full-bodied support from Prakash John on bass, Reed and his band du jour saturate the arrangements with color, take creative detours, and manage to make a 13-minute “Heroin” and 8-minute “Sweet Jane” perfectly justifiable.

Fans may be surprised to find only “Lady Day” from his solo catalog (and here the band manages to find a lot of new music in the crevices); the remaining tracks are VU tunes. Where the originals were often bleak, Rock n Roll Animal features a fertile musical landscape—and it’s here that the effect of Hunter and Wagner are incalculable. “Heroin” becomes an epic filled with guitar heroics, “White Light – White Heat” busts up the place like a battering ram; songs that were intense but unadorned in the studio are elevated to larger-than-life proportions on stage.

Rock n Roll Animal might well be the best “glam rock” live album ever recorded; it certainly ranks as Reed’s most colorful and engaging live record. If the knowledge that you’re only getting five songs for your money dampens your enthusiasm, focus on the music: nearly fifty minutes of high-octane, butt-kicking rock & roll. Note that the 2000 CD reissue includes two more selections from Berlin, with purportedly better sound (although the BMG digital remaster is no slouch).

CD reissue bonus tracks
6. How Do You Think It Feels (live)
7. Caroline Says I (live)

All songs written by Lou Reed unless noted.