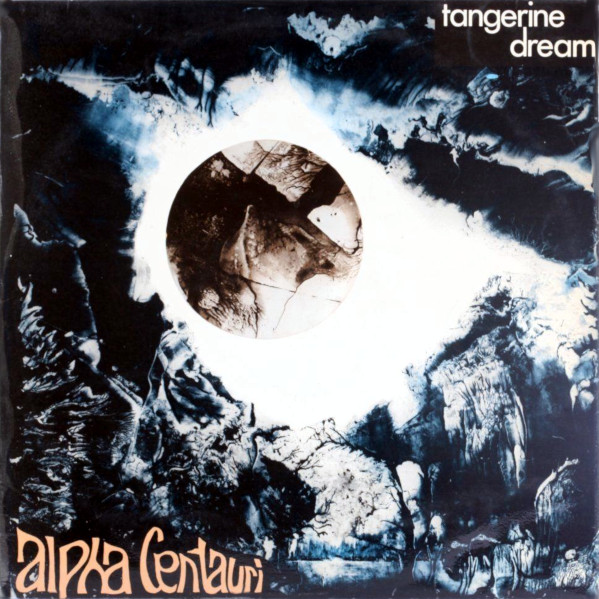 Tangerine Dream’s second album, Alpha Centauri, marks the beginning of their classic period. It’s a substantially different record than their first, recorded with a substantially different lineup. Klaus Schulze and Conrad Schnitzler had left, leaving Edgar Froese plus new recruits Steve Schroyder and an 18-year-old drummer named Chris Franke to fill the void. And fill it they did, with a new lexicon of space sounds that prominently featured synthesizers for the first time alongside guitar, drums, organ and flute.

From the opening moments of “Sunrise In The Third System,” Alpha Centauri reveals a band on a (space) mission. Instead of alien and disembodied sounds, the music moves purposefully and builds in intensity, existing as a single organism toward a shared goal. Electronic Meditation was fascinating at times but often sounded like three people doing their own thing. On Alpha Centauri, it appears that Froese has taken control of the ship, and it’s a much smoother flight for it. The first track could be seen as a kind of decompression chamber that helps the listener get acclimated to the alien landscape of Tangerine Dream’s musical world. The thirteen-minute “Fly And Collision of Comas Sola” slowly builds a heroic theme that eventually crashes into chaos via an amazing drum solo from new member Chris Franke. Its abrupt ending is one of the great mindtricks in the electronic canon.

The side-long title track features very sophisticated (for their time) recording techniques that bend traditional sounds into alien shapes; gongs, synthesizers and flutes are blended into what seems like the tuning of the orchestral cosmos. It’s on this piece that the classical comparisons hold; in some ways, “Alpha Centauri” is a pastoral tone poem for the space age, the post-nuclear progeny of Debussy’s Prelude a l’apres-midi d’un faune now transplanted into a new world of strange creatures. If the band’s first album had seemed better suited to a horror film, Alpha Centauri is firmly in the science fiction camp. It’s one of the first truly great electronic records, and the first of many fantastic journeys to come. Later reissues of the album included both sides of the band’s mind-blowing “rock” single, “Ultima Thule,” plus the eight-minute atmospheric, “Oszillator Planet Concert.”

Music and manuscript by Tangerine Dream.

Sleeve design and cover painting by Monique and Edgar Froese.