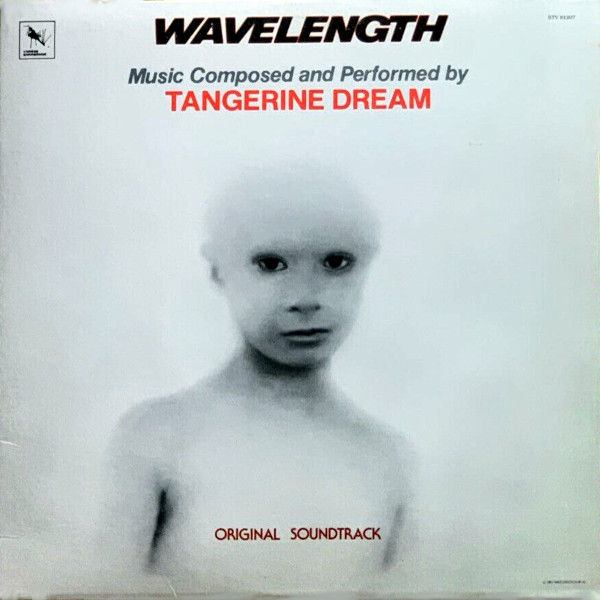 Classy, futuristic score to this science-fiction potboiler featuring Robert Carradine has aged better than the movie.

For years, Tangerine Dream had been scoring the soundtracks to our own internal movies, so the move to actual film scores was a natural one. With the addition of Johannes Schmoelling, the band had shifted from brooding tone poems to succinct electronic “songs” packaged on albums like Exit and White Eagle. Those are two very different thoughts, but I’m not going to agonize over structure in a review of an album that doesn’t.

Wavelength was a science-fiction film about alien children who had been captured by the US government. The movie starred Robert Carradine as a washed-up musician who stumbles upon a psychic woman in a bar and, together, go in search of the aliens based on their telepathic pleas for help. Incidentally, their pleas for help sound like whales. It was the 80s, you had to be there, unless you had somewhere (please, anywhere) else to be.

I’ve seen the film and enjoyed it on the level that one enjoys every Robert Carradine film except Revenge of the Nerds, which is to say with fantasies of how much better the film would have been with David Carradine instead. (I grew up watching Kung Fu, so I’m biased.) The film does make two classy moves: featuring character actor Keenan Wynn in a supporting role (as the I-kid-you-not craggy prospector) and the music of Tangerine Dream. From the opening moments, the music of Tangerine Dream gives the film an elegant, futuristic feel. It is, perhaps, the only aspect of the film that has aged well; that and the surprisingly non-offensive portrayal of American Indians in the film.

At sixteen tracks and under forty minutes, Wavelength is not a major work. It’s a series of electronic samplers, some of them quite tasty (“Church Theme,” “Sunset Drive”), most under three minutes long. The change in styles finds the band sometimes breaking out of their own mold; “Mojave End Title,” for example, sounds more like the work of Devo than Tangerine Dream. As for whether Wavelength borrows from earlier bits (as their soundtracks often do), I couldn’t tell you. It does share stylistic similarities with the proper works around it and will likely appeal to fans of this era, though the sum effect is less satisfying than, say, a Tangram. If I were going to slip in an SAT question around Tangerine Dream, I might say that Thief is to Cyclone as Wavelength is to… and then you would check off the Exit box with the smug self-satisfaction that all those hours spent locked in your bedroom listening to soundtracks had finally paid off.

A1. Alien Voices
A2. Wavelength Main Title
A3. Desert Drive
A4. Mojave End Title
A5. Healing
A6. Breakout
A7. Alien Goodbyes
A8. Spaceship
B1. Church Theme
B2. Sunset Drive
B3. Airshaft
B4. Alley Walk
B5. Cyro Lab
B6. Running Through The Hills
B7. Campfire Theme
B8. Mojave End Title Reprise