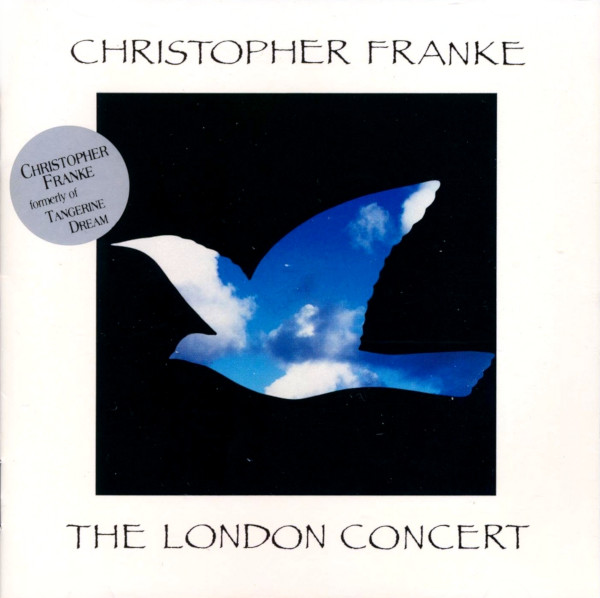 Christopher Franke and Richard E. Roth (Edgar Rothermich) mounted a performance of Franke’s works at the Royal Apollo Theatre in London, showcasing recent selections from his first solo album, Pacific Coast Highway, interspersed with some old and new material, which is captured on The London Concert. As live recordings go, this is a pristine affair; other than some enthusiastic applause at the end of the performances, this could pass for a new studio recording (which, I suppose, is the advantage of making music with machines).

For Tangerine Dream fans, The London Concert is probably the safest musical entry point into his solo catalog. You’ll hear that the Highway selections are lighter fare, featuring what I’ve derisively referred to in the past as frothy melodies (“Purple Waves,” “Black Garden View”). The closing “Private Diaries,” one of two “bonus” tracks included here (bonus in the sense that they don’t appear to be from the original concert), is another perky entry that probably dates from the Pacific Coast period. Fortunately, The London Concert strikes a balance between Franke’s lighter and darker halves, with the new (at least to me) “Empire of Light” and “Vermillion Sands” recalling the turbulent Dream of old. Those two tracks plus the classic “Cloudburst Flight” and more recent “Dolphin Dance” will provide enough substance to satisfy the Dreamers.

What The London Concert doesn’t provide is an answer to the question of why Franke needed to leave Tangerine Dream to make music (“Purple Waves”) that sounded a lot like contemporary Tangerine Dream. As I’ve said before, none of the Franke albums are compulsory purchases unless you enjoy new age music or mid-period Vangelis, with this being more compelling than most of them.

Composed by Christopher Franke unless noted.