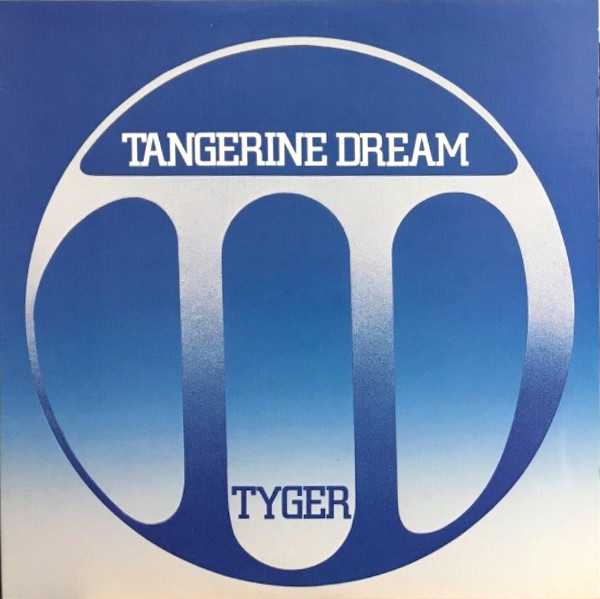 Based on the poetry of William Blake, with vocals from Jocelyn B. Smith, this is a departure for the Dream.

Kronomyth 23.0: Did they who made Atem make thee?

The artistry of William Blake is his blending of light and dark, good and evil, in arriving at the big existential picture. So it comes as something of a surprise that the music of Tyger, which combines Blake’s poems (sung by Jocelyn B. Smith) with the electronics of Tangerine Dream, is so genteel. After all, Blake’s work was lurid, often diabolical in intent, and TD has released some diabolical music in its day, but not here.

Both the songs and the instrumentals are closer in scope and effect to the subsequent Optical Race, where Paul Haslinger (like Johannes Schmoelling before him) helped focus the band’s vision and streamline their sound. Compared to Cyclone (the last time TD used intelligible vocals), Tyger is far less frightening. Smith’s voice is strong and direct, taking Blake’s lyrics at face value. Behind her voice, crouching as polite embellishment, is the music of Tangerine Dream. On the opening Tyger, the trio sound most like Cluster, playing with a light hand while the dark implications of Blake’s poem cast their shadow over the listener’s mind. London is moodier, spoken/sung by Smith while TD pluck their electronic lyres in obeisance. This and Smile could be seen as electronic pop poetry, refined in its execution.

You can’t argue that TD are rough handlers of Blake’s artistry; in fact they may be too careful not to bruise the delicate brutality of the poet/artist’s inner eye. It would seem that the project gave the band pause to refine their own artistry, scripting the music carefully where before charges of improvisational composition might have held. Perhaps it’s the influence of Haslinger, but an instrumental like Alchemy of the Heart evokes modern-day classical music, self-contained and linear in development. The compact disc adds 21st Century Common Man, again a harbinger of Optical Race that likewise looks back to the economical approach of Tangram and Force Majeure. (The CD actually breaks out as six tracks rather than five, from which one might assume that the bonus track is divided into two distinct parts.)

While Tyger is an interesting animal in the Tangerine zoo, it’s far from ferocious. Like subsequent collaborations with Chi Coltrane, this is an equal alliance of popular sound and artistic vision. Yes, it is ambitious, but also restrained, even understated. The Tangerine Dream of ten years’ past would have approached this differently, adopting the artistry of Blake as a launching point rather than his poetry, but what remains is still eminently intelligent. I’d follow Optical Race first among the Haslinger-era recordings, but Tyger is certainly worth stalking in your travels.

* “Vigour” appears as last track on side one on cassette.