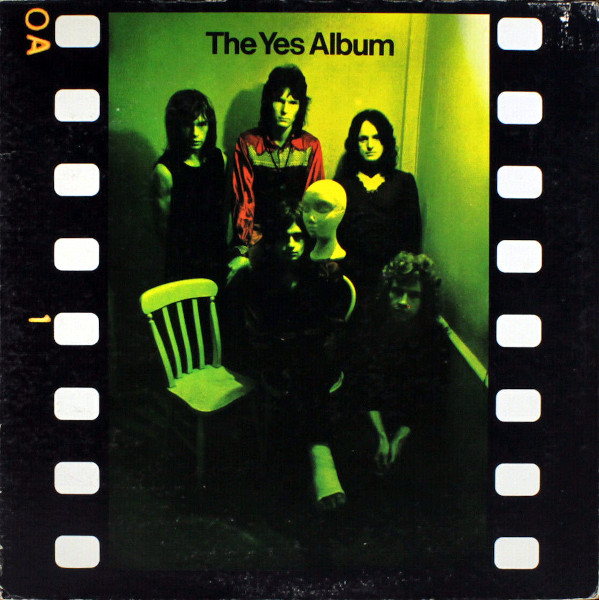 One of the greatest progressive rock albums ever recorded, and a perennial candidate for the Top 20 rock albums of all time.

Kronomyth 3.0: Yesterday, a morning came, a smile upon your face.

If their last album was something of a misstep, The Yes Album is a quantum leap forward. Some have pointed to the addition of guitarist Steve Howe as the band’s turning point, and their decision to reclaim production is another positive step, but it’s a newfound musical elasticity and unbound musical imagery that distinguish this record from their earlier work.

The album opens with the nine-plus minute “Yours Is No Disgrace,” an epic musical journey that plumbs the limits of progressive rock like little else before it. Jon Anderson’s lyrics are mystical in nature, suggesting images rather than pushing along a plot line, while the band’s arrangements scale imaginary walls in a stunning sonic conflict that ultimately comes to a peaceful resolution. As if to allow the listener to recharge, Steve Howe’s acoustic instrumental “The Clap” follows, a lighthearted but technically impressive showcase from the one member perhaps most responsible for the band’s deliverance from the realm of mere mortals. Another epic follows, “Starship Trooper,” the first example of Yes’ multipart works and a classic in the band’s canon. Even if its relation to the Robert Heinlein novel of the same name is incidental at best, “Starship Trooper” transports the listener into a science fiction/fantasy realm that few could imagine.

“I’ve Seen All Good People” is a study in contrasts between the band’s founders and principal songwriters, Jon Anderson and Chris Squire. The first part, “Your Move” (which served as the album’s single), is acoustic and spiritually informed, trademarks of Anderson’s style. The second part, “All Good People,” is much more physical in nature, with Squire’s bass achieving a tangible quality that listeners could feel as well as hear. (If you can walk away from this record without being convinced that Squire is one of the greatest bass guitarists to walk the earth, you haven’t been listening.) Tony Kaye trades in celestial organ for piano on the off-kilter acoustic storytelling of “A Venture,” which serves as a sort of delightful decompression chamber before the unbearably powerful “Perpetual Change,” which walks between the airy and material worlds of Anderson and Squire with spectacular results

The contributions of individual songwriters are incidental to The Yes Album’s achievements; it’s the dynamic expansion of their instruments—from Bill Bruford’s intricate rhythms to Howe’s acrobatic guitar solos—that represents the real breakthrough. People talk about how these songs transport the listeners to a different plane of consciousness, and that’s been my experience from the beginning. On The Yes Album, the band achieved celestial heights of music that had scarcely been reached before. And the scary part was, they were about to get better…