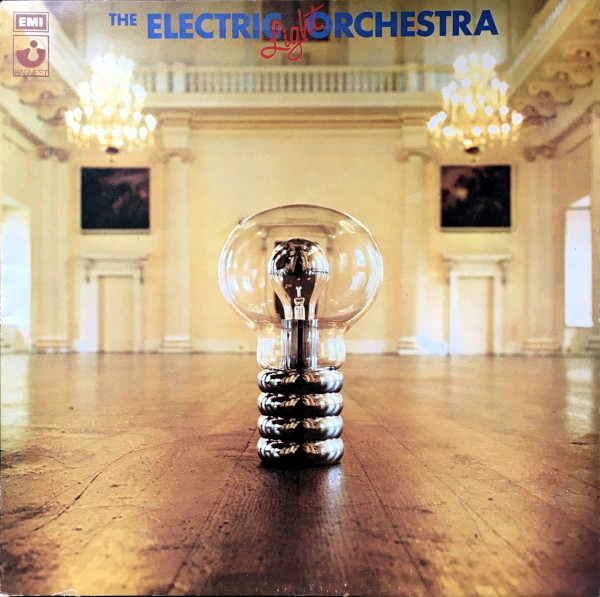 Kronomyth 1.0: The walrus and the electrician.

Roy Wood was a true rock ‘n roll eccentric. Jeff Lynne had an uncanny ability to replicate The Beatles at their most baroque. When the pair with fellow Move mate Bev Bevan decided to reincarnate as The Electric Light Orchestra, the result was, well, electrifying. Had the group not released another album after Wood’s departure the following year, The Electric Light Orchestra (titled No Answer in the US) would be regarded as a brilliant experiment in baroque pop that picked up where “I Am The Walrus” left off. Instead, Lynne eventually retooled the band into a hit-making machine with strings, synthesizers and just a touch of disco.

Some thought seems to have gone into the track order of the album. It opens with Jeff Lynne’s 10538 Overture, which could best be described today as a cross between “I Am The Walrus” and Cheap Trick’s “Downed” (the parallels between the two bands are sometimes striking). “10538 Overture” would go on to become the first of many hit singles for the band. Alternating between the band’s two songwriters, Wood’s Look At Me Now follows, a neat replication of “Eleanor Rigby” but with more instruments, most of which Wood played himself. The painstaking detail of multitracked strings and horns on this album has few if any precedents; The Moody Blues come to mind, but they never tried anything so sophisticated on their own. Nellie Takes Her Bow marks the formal introduction of Lynne’s Beatles fantasies, a sort of “Sexy Sadie” with an orchestral interlude. Lynne’s decision to heavily mask his vocals is something I’ve never understood, but you need to take the bad with the good I suppose. (Editor’s note: An unprompted diatribe against the mango, the chinese finger puzzle of fruits, that originally appeared here has since been removed, as I have learned to just let it mango.) The Battle of Marston Moor is bizarre even by Wood’s standards: a musical/historical re-enactment that sketches out a variety of classical themes in six minutes. It’s too bad Roy Wood and Rick Wakeman never joined forces.

Wood returns with another classically based instrumental, First Movement (Jumpin’ Biz), which sounds like a cross between Mason Williams’ “Classical Gas” and, in the horn/clarinet section, The Mothers. Long before “Mr. Blue Sky” appeared, there was Mr. Radio. Merging strings, synthesizers and piano flourishes with a wonderful pop melody, “Mr. Radio” is a catchy advertisement of things to come. Bev Bevan does a great Ringo Starr impersonation on this song, too. Lynne’s Manhattan Rumble (49th Street Massacre) is his response to Wood’s classical creations, perhaps inspired by Richard Rodgers’ “Slaughter on Tenth Avenue.” Queen of the Hours is the album’s hidden gem, a wonderful cross between The Kinks and The Beatles with some sweet country fiddling from Steve Woolam. (Woolam, who appears on most of the Lynne tracks, sadly committed suicide before The Electric Light Orchestra was released.) The album closes with Whisper in the Night, a strange ending that suggests Procol Harum’s “A Whiter Shade of Pale” hijacked by an English anthem.

The Electric Light Orchestra remains a bright light in the constellation of classical rock. Neither Wood nor Lynne have ever made another album quite like it, although Lynne never completely abandoned the approach. Unfortunately, the group more or less split after this, Wood forming Wizzard with Bill Hunt while Lynne and Bevan expanded the band into a real-life (or at least real-time) orchestra. Of minor interest, you can read about the amusing origins of the album’s US title, No Answer, by visiting 10538overture.dk, a wonderful resource for ELO fans.

Sleeve by Hipgnosis. Lamp by Ingo Maurer from Habitat London.