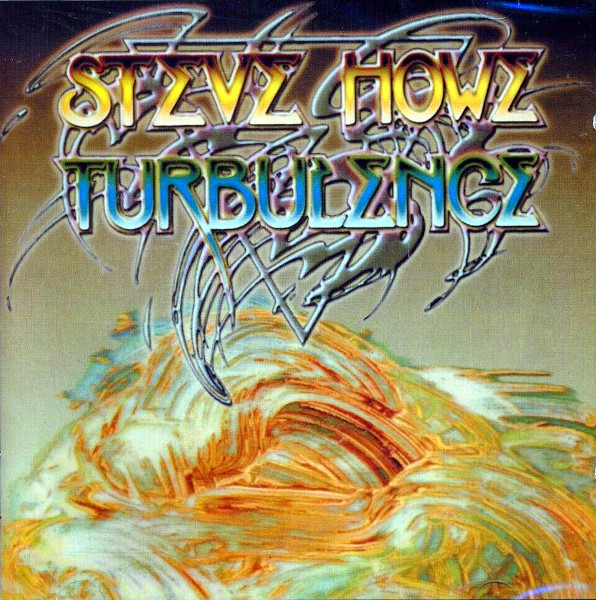 A cross between his last album and the Homebrews that brings listeners up to date on Steve Howe since Asia.

Kronomyth 3.0: The other Steve Howe album.

Ironically, this is the least turbulent of Steve Howe’s solo records to date. The first two (Beginnings, TSHA) were exuberant. The ten songs featured on Turbulence follow a more measured approach. These are songs without words, which may sound interesting on the surface, but what I really mean is they’re like songs that have had the vocals removed, leaving only the backing tracks. The first two solo albums featured some vocals and so many ideas that vocals would have been superfluous in most cases, but something’s missing on Turbulence.

On “The Inner Battle” and “Sensitive Chaos,” which would appear in fuller arrangements on Union, you have the before to a better after. Howe has always been a master recycler since the days of “Starship Trooper,” although he does try to keep things fresh on Turbulence. There are pieces that sound like George Harrison (“Fine Line”), new age studies (“Corkscrew”) and songs with bits of Yes magic sprinkled throughout (“Running The Human Race”). In attendance are the usual arsenal of guitars. What’s absent is Steve Howe’s sense of humor.

The first two solo albums were silly in quite a few spots, but there’s nothing funny about Turbulence. Despite the full-time participation of Bill Bruford and Billy Currie, this feels like more of a DIY record than its predecessors. Steve Howe remains a seriously talented guitarist, but that was much more evident when he wasn’t trying to be so serious. [Note: Opinion seems to be divided on this record, and I was initially divided myself, but after re-listening to Howe’s first two records, Turbulence seemed duller to me.]

All songs written and arranged by Steve Howe.