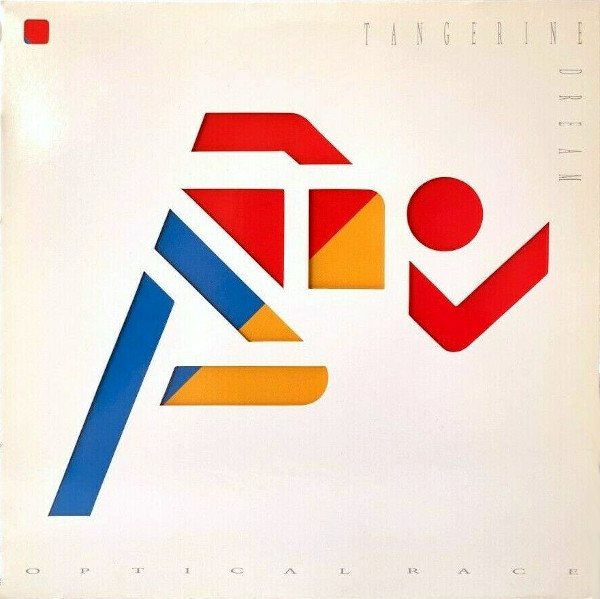 Froese and Haslinger choose a more concise and melodic approach to the dream on Baumann’s new age label.

Optical Race simply sparkles. While the departure of Chris Franke was a blow, Edgar Froese and Paul Haslinger didn’t miss a beat, streamlining their sound and placing rich melodies at the fore of their songcraft. Released on Private Music, a new age label owned by Tangerine Dream alumnus Peter Baumann, Optical Race does invite comparison to the economically evocative sound first unveiled on Force Majeure and Tangram. For this reason, some critics have called Optical Race a return to form, when in fact it’s a case of looking ahead to new horizons.

Writing effective music in small packets required Froese and Haslinger to rethink their approach; the results are swift-coursing and exuberant songs that represent snapshots rather than sonic murals. “Marakesh” captures the Eastern exoticism and bustle of a Moroccan city, “Sun Gate” and “Ghazal (Love Song)” are declarations of the heart, “Turning Off The Wheel” is a circular piece not so different from White Eagle’s “Convention of the 24.” Longtime fans may chafe a bit at the triteness of the arrangements; “Optical Race” is a celebratory song better suited to Patrick Moraz than the dark Teutonic masters, while “Cat Scan” and “Twin Soul Tribe” are no better than TD’s standalone soundtrack bits. In the end, however, the less impressive numbers are overshadowed by memorable vignettes like “The Midnight Trail” and “Atlas Eyes.”

When I’m in an uncharitable mood, I’ve been known to grumble that Optical Race is no more than new age product, but generally I walk away from this disc refreshed and rededicated to TD as a constant source of surprises. It might well be Paul Haslinger’s finest hour (or finest 54 minutes anyway) as a member of Tangerine Dream. Far from the crippling blow it could have been, Franke’s departure seemingly freed Froese and Haslinger to pursue a different course that led to one of TD’s most rewarding efforts from the ‘80s.

Ralf Wadephul (the correct spelling) was briefly a member of Tangerine Dream and appeared with them during their 1988 tour. If you care to speculate on Wadephul’s exit, there’s a discussion thread that raises the topic here.