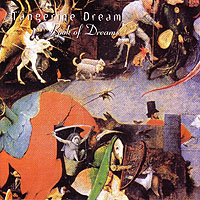 The red meat of the matter lies between the pink and the blue, so how much tangerine fat should a tyger chew? If you’re the studious sort, the prequel and sequel make for good sport, from fiddling about in the dark (the pink) to showing it off in public parks (the blue). That the double-disc set intentionally omits the band’s best music cries out its utility as a supplemental servant only, fit for the answers to incidental arcana as if a Silmarillion for synthesizer enthusiasts. Since I haven’t heard the pre-Phaedra music before, the first disc was edifying for me. I had imagined what these analog wonders might sound like, mystical rites of invocation performed on cellos and organs, and the answer merely bled the mystery from it. Despite a few interesting pieces (“Birth of Liquid Plejades,” “Zeit”), this portion of their career seems two-dimensional compared to the exciting discoveries of Phaedra, Stratosfear, et al. Time may change my outlook (it usually does), but for the moment acquiring the early TD albums can wait for another day. The Pink Years pick up at Poland and leave off at Livemiles, a small snapshot of the band’s catalog. In this, you’ll hear Tyger’s voice, dive into Underwater Sunlight, stroll through Le Parc, chill with the Poland audience, and log in a little of Livemiles. I own the first three, and the Pink Years does give you a healthy portrait of those efforts, though no harm done if you snatch up a few of them in their entirety. What’s missing from this dream is the tunneling into the mind’s eye, the sequencer’s tight corners, in short the music that made you want to explore the pink and blue in the first place. Note that subsequent compilations, subtitled The Pink Years and The Blue Years, appear to take a different cut from the same cloth (i.e., they are not single-disc distillations of this double disc). If you’re curious about the before and the immediate after, Book of Dreams is a tome worth consulting. The liner notes are outstanding, the packaging attractive, the sound quality solid (rattling off the mundane critical checklist in his head), and the whole thing a paean to the gods of low legend (who here require of us but one collective sacrifice which we can’t easily begrudge them).