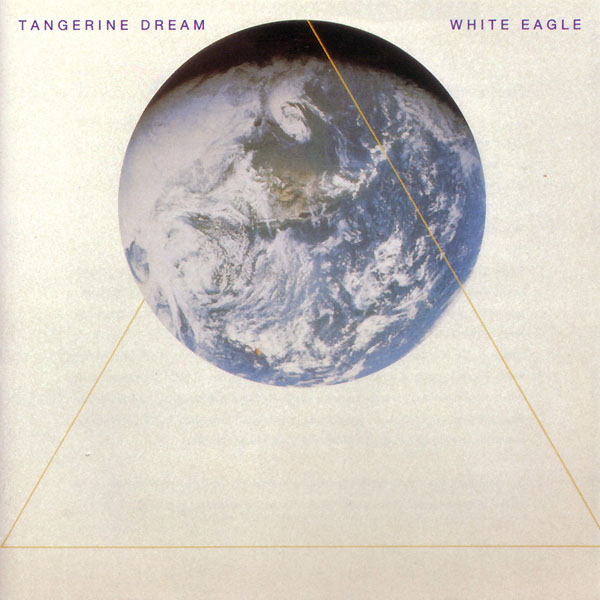 The opening minutes of “Mojave Plan” sound like the score to an imaginary horror movie. It’s a terrifying introduction to what turns out to be a remarkably accessible album of streamlined (by Tangerine Dream’s usual standards) synthesizer music. White Eagle has never been one of my favorite TD albums for the reason that it seems superficial; all of the action and melody take place on the surface, without the deep undercurrents that ran through works like Phaedra and Force Majeure. In fact, the music isn’t that much different from what Kraftwerk, Ultravox and other non-symphonic electronic bands (I’ve always viewed the early TD albums as tone poems) were making at the time. The influence of Johannes Schmoelling (sounds like “bowling”) seems more pronounced on this album, since I usually credit him with the smattering of strange and decidedly modern sounds that drift in and out of the music. The herky-jerky “Midnight In Tula” (shades of Devo) is especially atypical for a band that until recently seemed as predictable as rain in April.

Over the years, I’ve returned to White Eagle often as a vacation from some of their heavier works. Fans of the Dream’s classic period may not view White Eagle as an essential purchase (or much of anything after 1980), but those more interested in stimulation than meditation will appreciate the Schmoelling years, as the band developed a certain compactness coupled with fresh sounds that suit shorter attention spans (the side-long “Mojave Plan” actually functions as four separate songs). I own the 1994 definitive edition remaster and it sounds fantastic; the liner notes are on the skimpy side, but the disc is shiny and blue, which counts for something.