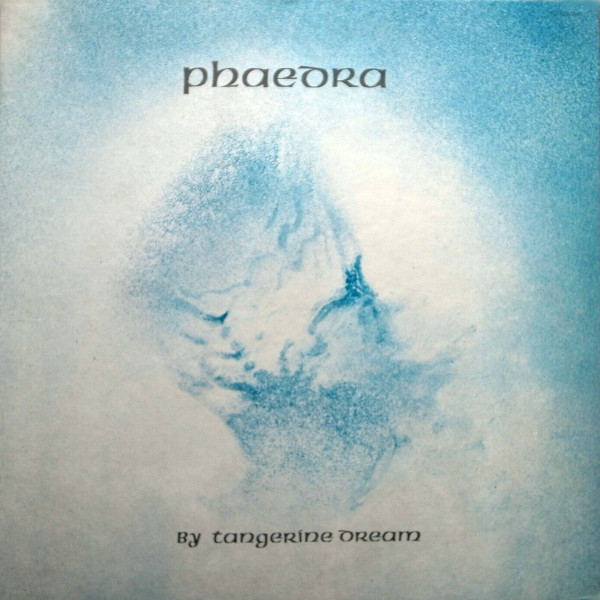 Noting the success of Tubular Bells, TD release their most accessible album yet and create an international sensation.

Phaedra was Tangerine Dream’s international breakthrough album. Based not a little on the success of labelmate Mike Oldfield’s Tubular Bells, the Dream’s fifth album found them incorporating rhythmic patterns—pulse might be the better word, since the music didn’t have a traditional beat—and melody into their music. The real achievement of the record, however, is the sophistication with which they were able to conjure electronic and alien sounds. Almost all analog elements had been removed from the music except for the organ (which was a kind of machine) and the flute. Otherwise, the band was able to create a new kind of classical music with nothing but blips, beeps and whooshes.

The band’s sound had evolved at each step, yet there is the sense on the side-long Phaedra that you’re hearing something entirely new. This song marks the beginning of the tunneling journeys that many would associate with “classic” Tangerine Dream. Where their earlier albums felt like sonic sculpture, “Phaedra” is the work of scientists in a controlled laboratory. You (the listener) are still in space, only this time safely encapsulated in a spaceship with modern amenities.

Mysterious Semblance at the Strand of Nightmares isn’t nearly as scary as it sounds. Composed and mostly played by Edgar Froese, this has always struck me as an elegy/lullaby in space. It is the most “musical” song from Tangerine Dream so far, featuring what sounds like an organ run through speed/tone-changing filters. Ten years later, you could probably replicate this sound on a Casio synthesizer with the touch of a button, but at the time this was groundbreaking stuff. Movements of a Visionary continues the journey begun on “Phaedra,” now with a toy-like pattern that makes the connection to Tubular Bells plainer. The album closes with a short piece from Peter Baumann, Sequent C’, that prominently features the flute. It’s a dream-like ending that creates waves of sound, an effect that may have influenced Brian Eno’s Discreet Music and Evening Star.

Tangerine Dream has released dozens (and dozens) of albums over the years, and finding an entry point into their catalog can be daunting, so let me make this easy: Buy Phaedra first. After that, you may want to move forward or backward, depending on how much you like (or don’t like) electronic music. This album strikes a perfect balance between science and sculpture, and adds just enough melody to sweeten their space music. In the constellation of Tangerine Dream, Phaedra is surely their brightest star.