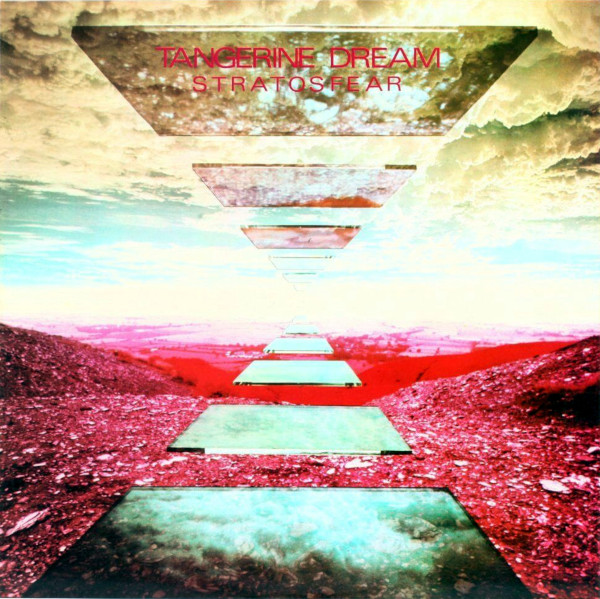 One of the group’s more overtly proggy efforts that continues to find them refining the formula of Phaedra.

Tangerine Dream, which enjoyed an association with the progressive rock movement because of shared ideals, actually began to sound like a progressive rock band on Stratosfear. The Big Sleep in Search of Hades, for example, utilizes the same pastoral feel as King Crimson’s early work before yielding to Rubycon’s electronic space imagery. The sequencers are still present, though here accelerated and placed on an equal footing with the surrounding music, mixed with guitars that recall Pink Floyd and synthesizer melodies that share the directness of Vangelis or Cluster.

The opening title track, Stratosfear, remains one of their most accessible works to date, forsaking their typically amorphous introductions for concrete electronic music. 3AM at the Border of the Marsh from Okefenokee favors synthesizers that share the rich tones of a marimba, resulting in a bubbling mix of melody and texture. Invisible Limits marches out of the mist to feature perky sequencer patterns and a violin-sounding guitar that owes some debt to the pioneering work of Robert Fripp.

By treating the sequencers as a third instrument rather than an electronic foundation, Stratosfear builds on the softer moments of Ricochet to create a suprisingly warm and immediate album. The cyclical nature of the arrangements gives the impression of individual songs rather than a single, epic tone poem and, despite its title, Stratosfear isn’t nearly as eerie as previous albums. The brisk pacing and accessible melodies would continue to play a prominent role in their subsequent work, notably on Force Majeure and Tangram. Stratosfear would be the last studio album from the trio of Peter Baumann, Chris Franke and Edgar Froese, and many rank it with the best from this fruitful period.

Cover by Cooke-Key Associates. Inside cover photograph by Monique Froese.