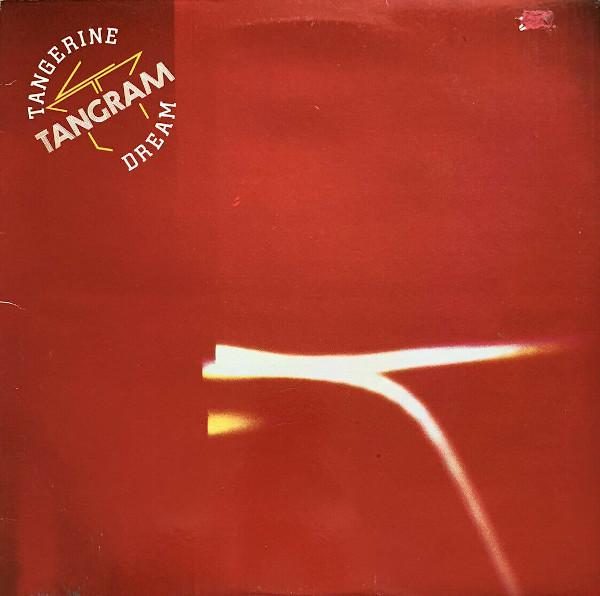 With Johannes Schmoelling as the new third wheel, the Dream embarks on one of its smoothest journeys yet.

With the addition of keyboardist Johannes Schmoelling, Tangerine Dream adopted a more melodic and accessible sound on Tangram. The fluidity of movement and integral nature of the sequencer patterns are carry-overs from Force Majeure, but Schmoelling’s presence adds an element of delicacy and intimacy that stands in marked contrast to the alien and foreboding landscapes of the previous decade.

The title track takes its name from a Chinese puzzle that requires a square to be divided into five triangles, a smaller square and a rhomboid, which are then shifted to create different shapes. This subject is ideally suited to the band’s sonic construction by degrees, allowing Edgar Froese and Schmoelling to move their music around Christopher Franke’s sequencers and resolve various musical “problems.”

Despite many familiar elements--disembodied voices that recall Carmina Burana, percussive echoes that serve as segues to new sections, flute-like keyboards--Tangram represents a further shift away from progressive rock toward the economically evocative language more recently popularized by Kraftwerk and Vangelis. Froese’s guitar eschews the heroics of past efforts for a screechier style that will sound familiar to fans of Adrian Belew. Sets 1 and 2 move with the buoyancy and technical sheen first revealed on “Force Majeure,” though they never reach its sublime heights, instead aspiring to loveliness and grandeur (a further link to Vangelis, whose fans will discover in Tangram an accessible entry point). Those who thought their earlier work too ethereal may find Tangram the most succinct and substantial work in their catalog.