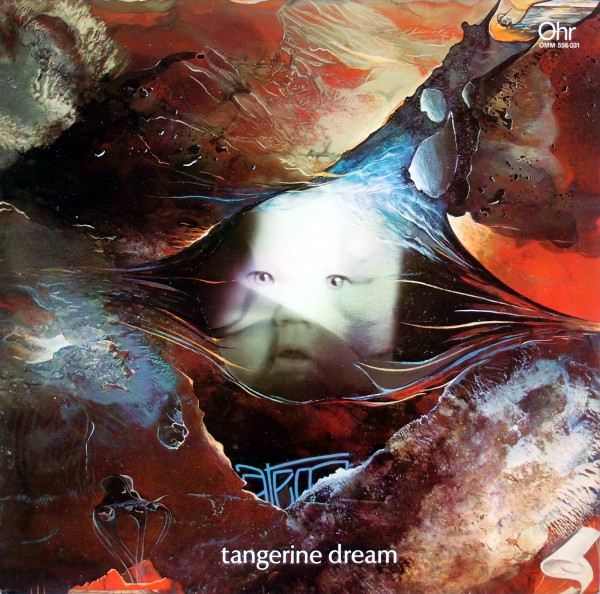 With no strings (guitar, cello) attached, Tangerine Dream freefalls through forty minutes of exciting electronic music that will blow and/or expand your mind.

To most musicians, the EMS VCS3 Synthi was a novelty: a small console with knobs and controls that looked like something straight from the set of a science-fiction film. For Tangerine Dream, it was a painter’s palette. The band used it to shape new sounds, creating a unique lexicon of modern classical music on works like Zeit, Atem and Phaedra—albums that stand as some of the greatest music produced in the latter half of the twentieth century.

The centerpiece of Atem is the side-long title track, translated as “breath” in English. The first half of “Atem” builds to a furious crescendo, driven by Chris Franke’s electronically treated drums. Franke would set aside the drums on subsequent albums; a shame, since his drumming was one of the most thrilling aspects of early Tangerine Dream. (The band later revisited the idea, even adding a drummer in the late Seventies.) In the middle of “Atem,” the movement abruptly stops, replaced by a cavernous calm against heavy breathing. A rush of air enters minutes later, and movement resumes at a more measured pace. Among Tangerine Dream’s transportative tone poems, “Atem” is one of their most exciting rides from any period.

The longest piece on side two, “Fauni-Gena,” is a modern update of Claude Debussy’s “Prélude à l’après-midi d’un faune,” the titular faun now awaking in an alien world. The group does an amazing job of evoking birds and insects through electronics, creating a virtual mechanical botanical garden. “Circulation of Events” is a spooky landscape piece reminiscent of their earlier work, but rendered in more intense and surreal sounds through electronics rather than groaning cellos and glowing organs. The closing “Wahn” (translated as “delusion”) returns to the afternoon theme by way of homage to The Mothers of Invention’s “Prelude to the afternoon of a sexually aroused gas mask” (from Weasels Ripped My Flesh). The connection might seem a stretch until you remember that Edgar Froese and Frank Zappa were two of the pre-eminent modern classical composers of their time. On “Wahn,” the group vocalizes in strange and nasal tones with heavy electronic treatment before giving way to the semi-rock posturing of past efforts like “Ultima Thule.”

It’s tempting to look at the album cover (designed by Edgar Froese) and imagine Atem as the journey of the human soul from womb to tomb, but I don’t think there’s so deep a concept at work. What I hear on Atem is Froese advancing his vision of modern art through electronic music, whether it’s embracing the avant-garde, re-envisioning the impressionist masters or creating something entirely new and alien. As the last of the Ohr/Polydor albums, Atem marks the end of an era. More importantly, it marks the beginning of some of the most exciting electronic adventures in the annals of music. [Note: The 2CD reissue adds a bonus performance at the Deutschlandhalle in 1973 that constitutes a kind of electronic happening.]