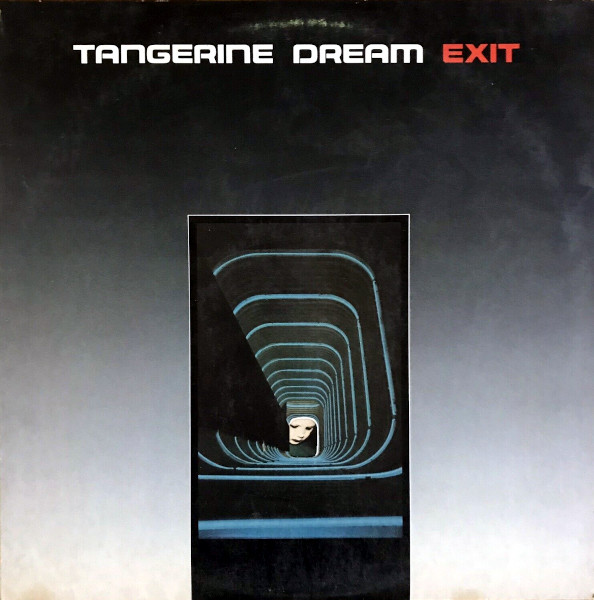 A move toward shorter songs that inches closer to the electronic robot music of the 80s.

Exit is a departure from the side-long tone poems of the past. The six songs are self contained, largely static, featuring sampled sounds from Johannes Schmoelling while Christopher Franke’s sequencer patterns (which propelled their earlier work) are audibly absent. Because Exit’s individual achievements don’t serve a greater whole, it doesn’t feel like the grand artistic statement of Force Majeure. Instead, Exit feels like a conscious movement toward krautrock, especially on “Choronzon.” But behind the cool exterior, it’s the same dark Dream at work.

Choronzon is actually the name of a demon cited in both Enochian magic and the writings of Aleister Crowley (thank you, Wikipedia). “Pilots of the purple twilight” is lifted from Tennyson’s forward-looking “Locksley Hall.” Remote viewing refers to out-of-body observation. If this is robot music, it’s of a mystic order on an altogether different plane than Kraftwerk.

The more I listen to Exit and slip into miniature worlds like “Remote Viewing” and “Exit,” the more I’m convinced the Dream isn’t over yet. Parsing their magic into little pieces does result in a few dry spells, however, such as “Pilots of the Purple Twilight” and “Network 23.” These two songs feel like electronic placeholders to me, stagnant observations in a universe where swift-running currents and oases of beauty were once the norm.

In describing their earlier music, one had to look for new words in new worlds. Exit is a series of tangible dreams, interesting but also able to be placed on the critical scales and quantified. Ultimately, the magical outweighs the mundane, and Tangerine Dream emerges from Exit intact as digital champions. Not completely unscathed, but intact.