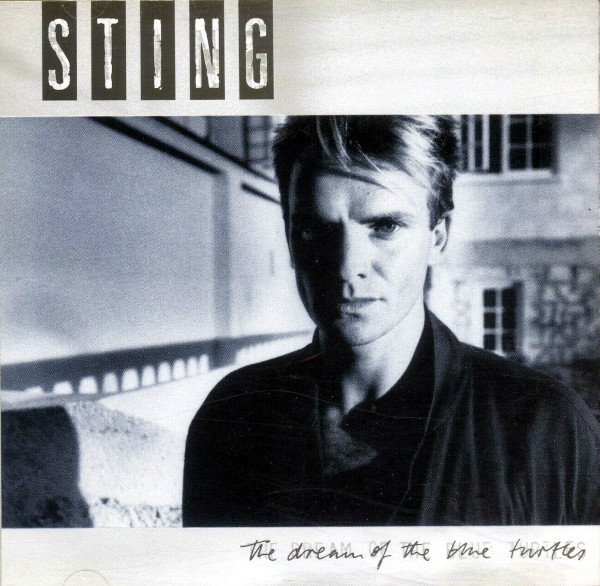 Sting sucks all the fun out of Synchronicity and it still sounds awesome.

Kronomyth 1.0: The tortoise and the heir.

The guitarist was making ambient fuzz records with Robert Fripp. The drummer was scoring Francis Ford Coppola movies. The singer was taking a break from acting to make a jazz album. Has any pop band ever held a greater conceit of itself than The Police? Even in this, Sting outdid his bandmates with The Dream of the Blue Turtles. That it didn’t rock by any measure was no surprise because rock had become unbecoming to a man of Sting’s measure.

He had evolved into the jazz sophisticate, a renaissance man who had forsaken the beastly bass for its high-strung superior and surrounded himself with “legitimate” jazz players (most notably Branford Marsalis). Worse, Sting had fashioned a cross for himself as a social crusader, which led to the tiresome lectures of Russians, Children’s Crusade and We Work the Black Seam. Top it off with a beret and it’s no wonder a lot of people wanted to take Sting down a peg.

But… the man is enormously talented. Any question that Sting was the source behind The Police’s greatest music is answered with Fortress Around Your Heart, the best song The Police never recorded. If You Love Somebody Set Them Free and Love Is The Seventh Wave, while wordier than some might have liked, are also remarkably well done. In many ways, this reminds me of Pete Townshend’s Empty Glass, an album that lacked some of the vitality but none of the creativity of the bandiwork before it.

The Dream of the Blue Turtles established Sting as a serious solo artist even as it turned off rock fans who felt the singer was full of himself. Critics like their heartthrobs and highbrows in different categories, and Sting had insinuated himself into both without their benediction. Playing jazz music, walking in the shadow of Kurt Weill, teaching literate history lessons in the lyrics and looking good while doing it was a step too far, apparently. The Dream of the Blue Turtles is fair warning that Sting intends to take a higher road than the beat he walked with The Police. It was a risk, but one that paid off, how else?, handsomely.

All songs written by Sting.

Photography by Max Vadukul and Danny Quatrochi. Artwork and design by Michael Ross and Richard Frankel.