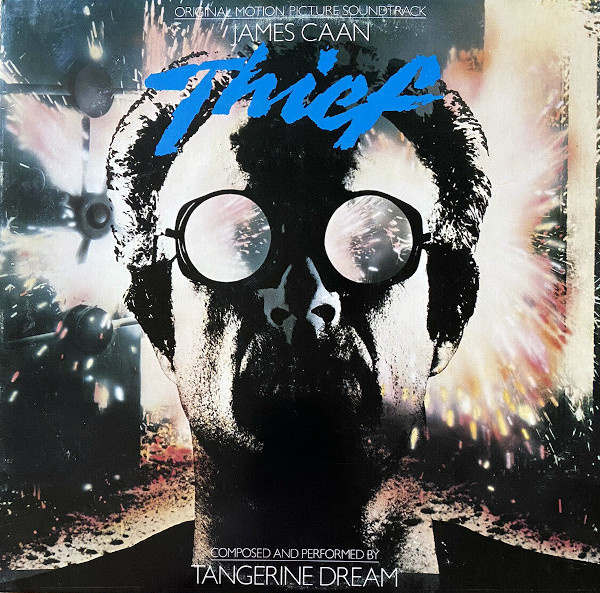 This was actually voted one of the worst soundtracks of the year, proving that no one saw Shock Treatment.

As a rule of thumb, mine’s usually pointed down on the Tangerine Dream soundtracks. Their music is a natural for film, especially in concert with a stylish director like Michael Mann, but a band that makes brilliant tone poems shouldn’t be cut into four-minute slices. In the case of “Igneous,” that’s exactly what happens as the second half of Force Majeure’s “Thru Metamorphic Rocks” is pressed into service again. Which isn’t to say that TD’s fans won’t want to catch Thief. Anyone who sifted through Brian Eno’s Music For Films for gold will find tracks like “Trap Feeling” rewarding. And electronic music fans are a curious lot by nature, apt to find morsels of mind candy in even the most arid compositions.

If, in my cynical mindset, “Beach Theme” sounds like an electronic version of “Freebird,” to your open mind it might sound like an heroic overture. And should you hear in the digital blips and buzzes of “Burning Bar” a new lexicon of electronica, far be it from me to speak against it. There are dozens of proper TD albums, however, where richer discoveries await you and several soundtracks besides (Sorcerer, The Keep) that are better. Of minor interest to those of us who have nothing better to do than pore over the poor relations in TD’s discography, the US and UK versions of this soundtrack differ slightly. In the UK, a remixed version of “Beach Theme” (entitled “Beach Scene”) appears, while the closing “Confrontation” (written and performed by Craig Safan) does not. Safan, incidentally, ends up doing a much better David Gilmour impersonation than Edgar Froese.

All compositions by Edgar Froese, Chris Franke and Johannes Schmoelling unless noted.