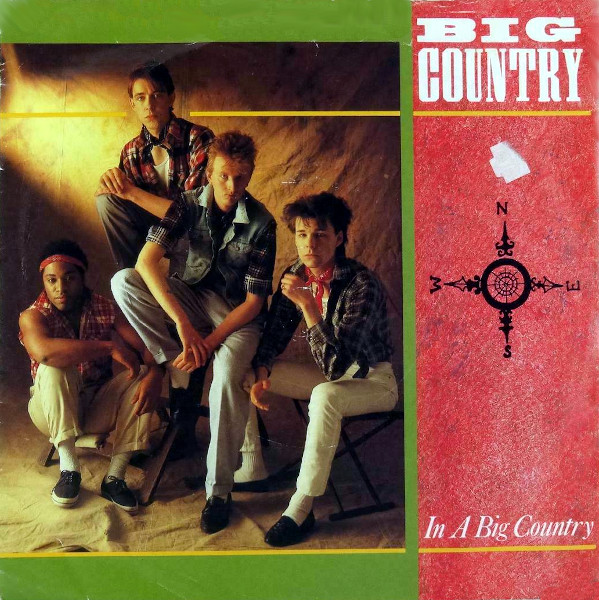 Men made in the crossing, their anthem rising over the highlands and drifting toward us on the same tide that brought the call and the alarm. Definitely one for the fresh new sounds of 1983, Big Country made a fan of me in the moment I heard this song. The single version sounds like a different mix than the elpee version, smoother and shorter where the latter was edgy. You’d sell your soul (metaphorically speaking) to write a song like this, and for an instant it looked like they might make it big in this country. But Americans didn’t seem to be hungry for more, instead content to gnosh on an alternative sampler plate that included Madness, Dexy’s Midnight Runners, Split Enz, etc.

If you tuned in for Wonderland and Steeltown, give yourself a gold star for loyalty. The B side is a nonalbum track, “All of Us,” that features the same idiosyncratic sound but in a less-pressurized setting. It was later added to the 1996 Mercury remaster of The Crossing. It’s worth mentioning that this and X’s “Come Back To Me” are two songs that never fail to rouse me from whatever ennui I’m living in at the moment; a sort of “This is the day I’m gonna change my life” rallying cry, as opposed to, say, The The’s “This is The Day.”