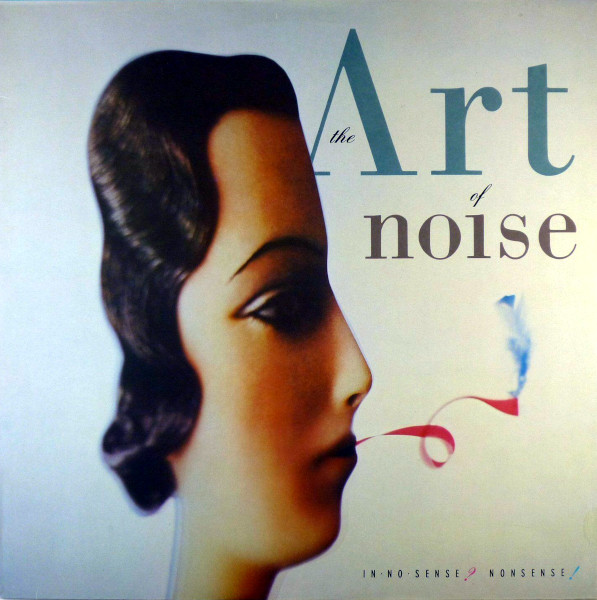 The core duo of Dudley and Jeczalik continue to churn out their computerized musical confections with a small army of guest musicians.

Funky beats, strange effects, manipulated dialogue, all of it twisted into technotaffy. If Herbie Hancock’s “Rockit” sent you to the moon, then The Art of Noise will take you to the stars. In No Sense? Nonsense! is chocked full of ideas, featuring everything from yodeling to orchestra to someone snorting mucus through their sinus cavity. If that sounds like your kind of bag of tricks, then dive right into this nonsense. Me, I’m a little intimidated by sixteen different courses prepared in so many different kitchens. In fact, I have trouble telling where one song begins and another ends, making this album a messy tone poem of mosaics. Sometimes it seems that heavy things are afoot; spoken dialogue drifts in and out and you wonder if AoN is trying to make some big statement, or just hoping that a series of little statements will equal something bigger.

In a sense, Anne Dudley and J.J. Jeczalik micromanage the musical process, redefining the building blocks of music without a vision of what they’d like to build. I have the same reaction to avant-garde pop art where someone takes familiar objects (a urinal, a doll house) and casts them in an unfamiliar (and often uncomfortable) setting. Oh yeah, I think, that’s a urinal with a revolver where the flush handle should be. And then I move through the exhibit, pause for a moment to reflect on the author’s intent, process it, and so on down the line. In No Sense? Nonsense! is a musical exhibit, not a bad way to kill forty minutes and feed your secret elitist tendencies, but stepping back out into the light I was no wiser than when I entered. Of minor-minor-oh-so-tiny-I-can’t-see-you interest, the cassette version features the full sixteen tracks on both sides, which provides for better continuity.

All songs written and arranged by Anne Dudley & J.J. Jeczalik.