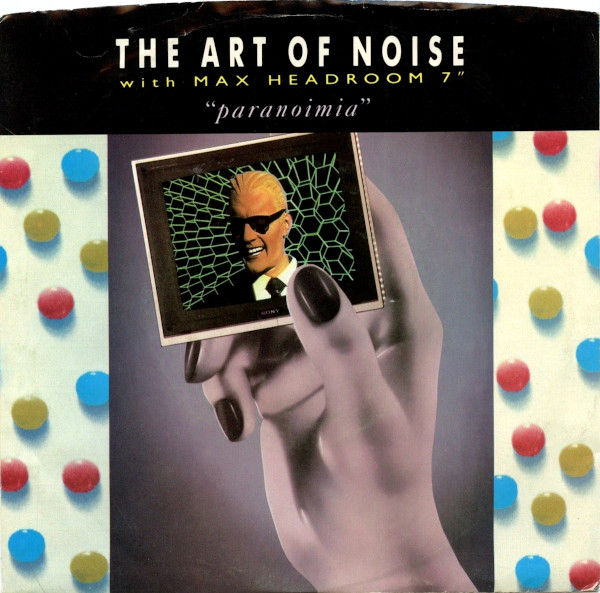 Hard to believe the same decade that gave us a pointless reboot of Dragnet also produced the prescient Max Headroom.

Feeling tense? Then step back into the future past with Max Headroom. At the time (the 1980s), the choppily edited talking head anticipated the future of television. Unfortunately, the future wasn’t scary so much as annoying, and the idea never really gained any traction beyond a novelty.

On “Paranoimia” (in which Max wakes up in the middle of the night), the video-only experience doesn’t translate so effectively to the ears. It’s an interesting single, some of the best dance-rock this side of the alphabet, the other side residing near the Ws in the guise of Was (Not Was). The B side is a nonalbum instrumental of no consequence from The Art of Noise. In my pursuit of information on Max Headroom, I did find a brilliant site on science fiction & fantasy programs, clivebanks.co.uk, which you should totally check out.