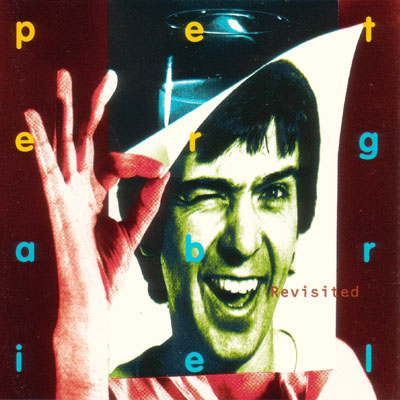 This, this is what happens when supply doesn’t meet demand! (Crickets.) Okay, so maybe the idea of Atlantic Records profiting from Peter Gabriel’s supply chain problems doesn’t light a fire under your butt. With the success of So and Us, who could blame Atlantic for getting that nostalgic pang under their money belt? The thing is, they could have just as easily reissued his first two albums. Instead they decided to revisit them, which is mucking about with history and making more work for discographers. If you’re afraid to spend the money on two Peter Gabriel discs, oeuvres un et deux wouldn’t be what’s for dinner anyway; you’d save the cash for So, the third, Security. So who, other than a helpess collector like me, would want this disc? Was there really a market for people out there who bought the first two albums (or were thinking of buying them), and decided that investing the cash in a digitally remastered compilation of the two would be the better investment? (That’s three questions, for anyone counting, and all No answers.) It really is a shoetree for a snake*, this Revisited. Heaven forbid you enjoy it, you’ll be on the hook to buy the first two Gabriel records to hear what you’re missing. (And you are missing something.) It’s the very definition of dispensable. In fact, I’d be hard-pressed to think of a more useless record than Revisited. No alternate versions, no freebies, no nuthin, just a pre-made mixtape from Gabriel’s first and second for the clueless consumer. Tsk. You hate to see a snake like this loitering in Gabriel’s garden, but there’s no undoing it now.

(* I have no idea what I originally meant with this. Sometimes that happens. I usually mean something—I mean, I don’t just string meaningless words together—but the allusion is often lost on me years later.)