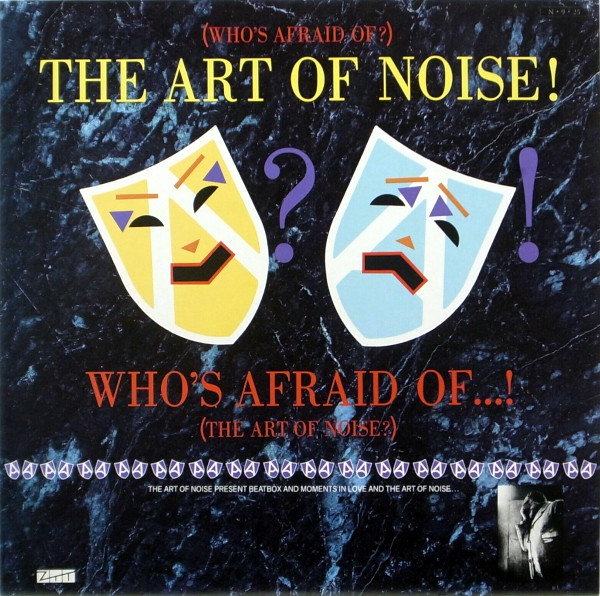 A musical revolution fomented by the Fairlight computer musical instrument.

In the early 1980s, as remixes became a thing, a few smart eggs like Bill Laswell and Trevor Horn got the idea to turn the post-mortem mixing process into a kind of musical cloning. Instead of being used just for selective splicing and spicing, the new theory went, the machines could become the music, creating Frankenstein monsters from the sound labs. Herbie Hancock’s “Rockit” was one of the most famous examples, joined shortly by The Art of Noise’s “Close (to the Edit).” It was music, technically, but without any trace of human touch remaining, birthed and raised by machines in a recording studio. Just the sort of thing for the impersonal, digital world of the Eighties. (A world that, today, seems almost innocent in its naïve understanding of robotics.)

I’ll admit, I didn’t care for The Art of Noise when they first came out. I was already miffed at Mr. Horn for his hubris in “replacing” Jon Anderson in Yes, and Close (to the Edit) seemed an affront to the analog genius of “Close to the Edge.” The two songs are, of course, worlds apart and can peacefully coexist in the same time/space unless you’re a complete prog weenie, which I was for a time. The idea of using the sounds of an engine starting to kickstart a musical revolution is appreciably clever and, as a lover of revolution, I can’t stay angry at “Close (to the Edit)” for long. The opening A Time for Fear (Who’s Afraid) even uses historical revolutionary propaganda to create its own propaganda, a neat bit of recycling that also exposes the sins of the past (as any good revolution must do).

“It was always quite a surprise to me that (the Art of Noise) was ever remotely successful because it was never really meant to be. It was meant to be quite avant-garde and off-the-wall.” – Anne Dudley, in a 2017 interview.

Other highlights include the humid Moments of Love (AoN’s update on 10cc’s “I’m Not in Love,” sort of) and the playful Beat Box (Diversion One), which owes some debt to Yellow Magic Orchestra. The remaining pieces are just that: bits of a broader fabric that break up the potential tedium of listening to songs that are essentially extended remixes of themselves. The UK and US releases arrange the songs in different order, with the UK version providing the more logical flow.

Time has proven to be on AoN’s side. While the band never achieved the status their music might have deserved, and few young girls dreamt at night of becoming the next Anne Dudley, the music of the Art of Noise is still revolutionary nearly 40 years later. Today, the idea of creating a song from “canned” sounds seems perfectly normal. At the time, however, this album was (literally) instrumental in defining the future of music.