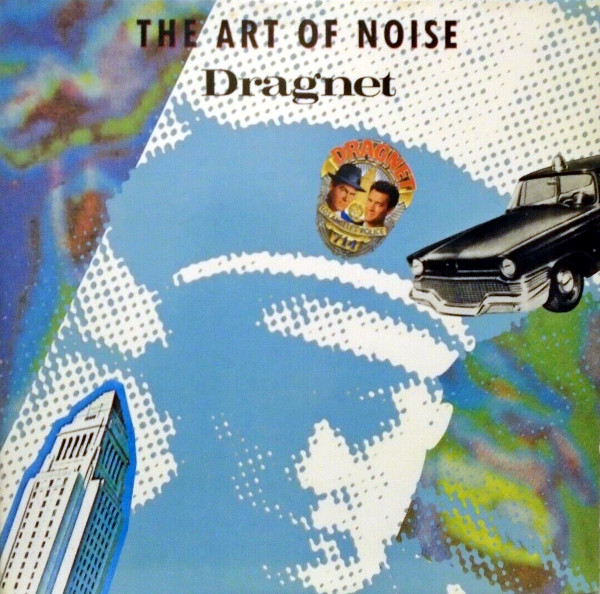 The theme song to the reboot of Dragnet, a film that Hanks and history would just as soon forget.

Kronomyth 3.2: Hanks but no thanks.

Heaven knows The Art of Noise weren’t given much to work with here. The theme to the television series Dragnet, while memorable, is basically just four notes. The group (at this stage, Anne Dudley and J.J. Jeczalik) gives it the old art college try anyway, throwing in all manner of sounds and edits to keep things from, well, dragging. Remixes by Arthur Baker and AoN, some of which rely too heavily on film dialogue, present several variations on the theme. The group also kicks in a new, hyperedited piece, Acton Art, as an addendum to the revisionist manifesto.

A video was also created for Dragnet that featured the same four actors from “Close to the Edit.” It’s a kind of visual treatment of the song’s audio editing, with new footage and stills from the film spliced together. As theme songs from Dan Aykroyd movies go, “Dragnet” wouldn’t make my top three (Ghostbusters, Doctor Detroit and Ghostbusters II, in case you’re wondering), although I might give it the edge over “Spies Like Us.”