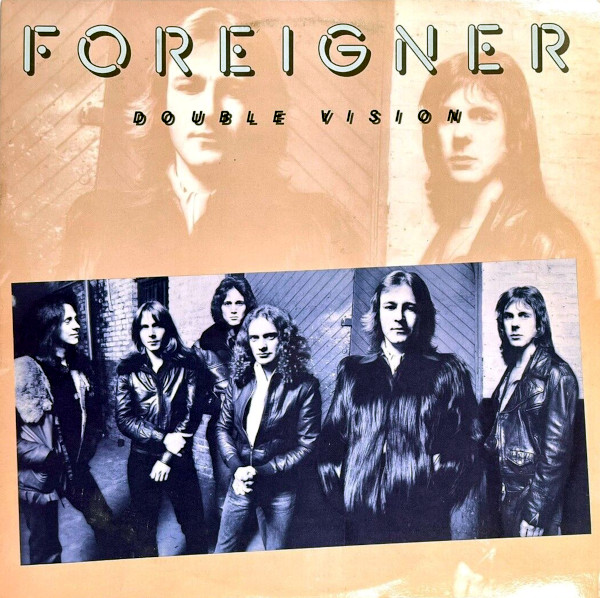 How do you follow up a multiplatinum smash like Foreigner? By doubling down on what made the first album so great. Double Vision was even more successful than their first album, eventually selling seven million copies in the US alone. It doesn’t show up on a lot of “greatest rock albums of all time” lists, but that’s because the people who make those lists are inveterate weenies. It was one of the earliest Mobile Fidelity remasters, and that’s a far better indicator of greatness.

Foreigner’s second album comes roaring out of the gate with the classic Hot Blooded. Heavy on sexual innuendo, it might not be everyone’s cup of tea, but Lou Gramm is a Cyrano of the libido, a marvelous hybrid of poet and pick-up artist. And it doesn’t hurt that the guitar riff behind “Hot Blooded” is white hot. This is followed by two songs that invite comparison to Queen’s grandiose rock music, Blue Morning, Blue Day and You’re All I Am. Back Where You Belong sounds like a mix of Styx and Paul McCartney. The first side ends with Love Has Taken Its Toll, which may be my favorite song on the whole album.

Although Double Vision is front-loaded with its best songs, it has the good sense to start off the second side with another classic rock track, Double Vision. The lyrics from Lou Gramm are quoteworthy good, the production spot on. The rest of the songs on side two revisit the feel of “Hot Blooded” (Lonely Children, Spellbinder) and provide a vocal cameo for Mick Jones (I Have Waited So Long) as well as an instrumental, Tramontane, that airs out any remaining traces of prog.

Their next album, Head Games, felt a bit thin on ideas by comparison. Foreigner and Double Vision, however, stand as twin towers of guitar/synth rock that hold their own with anything from Boston, Styx or Kansas. I didn’t much care for this music when it came out because I was fascinated by the emerging punk scene, but in retrospect Lou Gramm and Mick Jones were the Hal David and Burt Bacharach of hard rock.