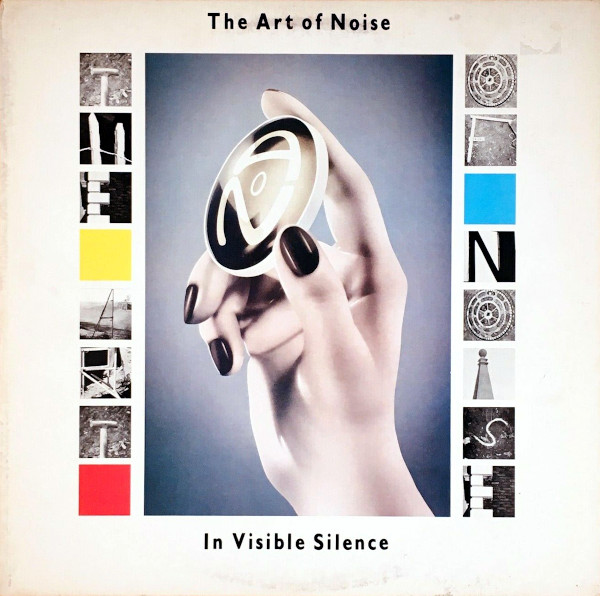 Not so much art for art’s sake this time, but it’s still audibly the work of The Art of Noise.

The Art of Noise cut their ties with ZTT Records and released a new album of music that sounded a lot like their last record, (Who’s Afraid of) The Art of Noise. The group clearly wasn’t afraid of repeating themselves. Without Trevor Horn and Paul Morley, the music is less overtly political, although “Instruments of Darkness” uses the same mixed-media approach to make a big statement about racism. Unfortunately, the album’s biggest musical statement turned out to be a remake of Henry Mancini’s “Peter Gunn” featuring Duane Eddy on guitar, which only reminded me of how much I hated ELP’s version—and then, how much I loved playing Spy Hunter, so I suppose they even out.

The trouble with this record, in my worthless opinion, is that the band no longer seemed revolutionary. The pre-programmed vocals, beats, and digital effects feel like a clever gimmick. From Yello to Yellow Magic Orchestra, other bands had done this better, earlier. And then there’s the sense that AoN were just repeating themselves (e.g., compare “Camilla” to “Moments of Love”). When the band wraps a nice melody into the mix, as they do on “Legs” and “Backbeat,” the results are quite pleasant. But, too often, the songs feel like a few clever tricks stretched out across four minutes.

After In Visible Silence was released, the group recorded a version of “Paranoimia” with the video-generated persona, Max Headroom, which turned out to be a surprisingly cool partnership. That version was included in the 1988 reissue and stands as one of their more creative endeavors. Unfortunately, you won’t find it on the original elpee, which features the instrumental version. In 2018, a double-elpee edition with a bevy of bonus tracks was released, proving that the band had plenty of ideas, just not enough really stellar and unique ones. He sniffed. Because I know how much of a weenie I sound like.

All songs written by Anne Dudley/J.J. Jeczalik/Gary Langan unless noted. Arranged by The Art of Noise.

Anne Dudley, J.J. Jeczalik, Gary Langan with Duane Eddy (guitar on B2). Produced by The Art of Noise.

The art by John Pasche. “Hats” and “Spray” photos by Peter Ashworth.