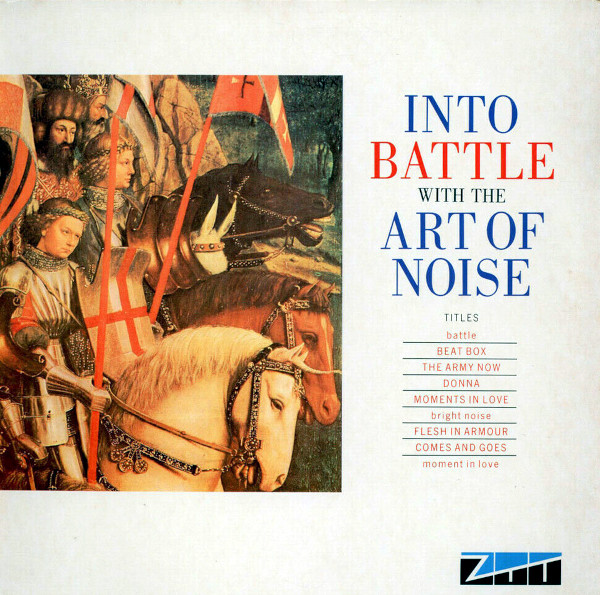 A group of industry veterans proves that if you can’t beat them, beatbox them.

It wasn’t enough that Trevor Horn and his cabal of conspirators had just killed my favorite radio stars. No. They had to form their own secret society and foment musical unrest with The Art of Noise. It was the future, remixed and re-edited for robots.

Into Battle with the Art of Noise is, in some ways, a musical manifesto. It declares that the group’s musical aim is to redefine music itself by elevating the remix from the derivative to the creative. Composed of behind-the-scenes contributors, the group also took the unusual step of obscuring their own identities while still advancing a visual component of their art through groundbreaking music videos.

Whether you believe the band was making groundbreaking mix music or modern-day muzak, they were smart enough to quickly capitalize on the growing interest in hip-hop music, which had attracted artists as esteemed as Herbie Hancock. Beat Box became a major club hit in the US and the group kept the hits coming through the 80s.

Despite appearances, Into Battle with the Art of Noise is not an album but rather an extended play version of their first single, “Beat Box” b/w Moments in Love. The other seven tracks credited here are just minor variations on a revolution: a clever remix of The Andrew Sisters (The Army Now), a Tangerine daydream (Donna), a brief reprise of “Moments in Love” called, appropriately enough, Moment in Love.

The Art of Noise were an interesting voice in the middle 80s (a temporal patch of art so arid that it rekindled my interest in classical music). It will be interesting to see what the future will think of The Art of Noise, if it thinks of them at all. Personally, I’ve always heard them as pop artists (in the Warholian sense) who willfully obscured the artistry in their art, advancing production/manufacture as its own artistic end. It also has a good beat and you can dance to it.

Sleeve by XL and ZTT. Photograph by A.J. Barratt.