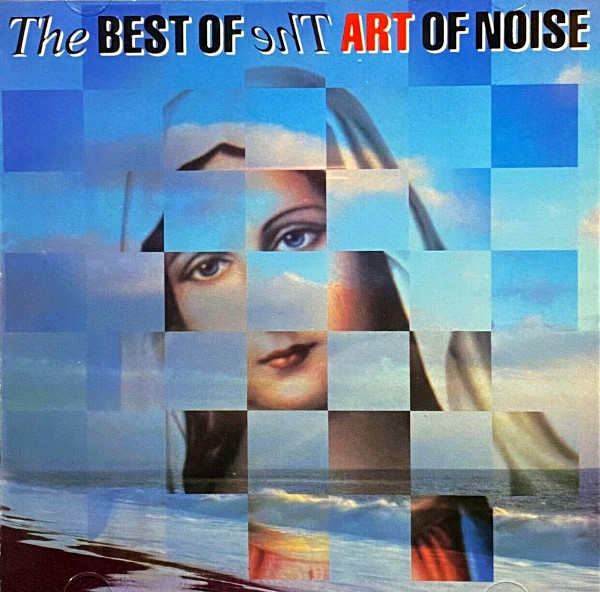 A compilation that presents AON’s most successful songs, many in their extended versions.

If every album tells a story, then this is a novel of novelties. The Art of Noise were one of the ‘80s pre-eminent electronic confectioners, and this their Whitman’s Sampler of sweet nothings. A lot of these songs caught the collective consciousness for a moment: “Close (To The Edit),” “Peter Gunn,” “Paranoimia,” “Kiss.” Whether they could catch our eye again, probably not.

This music lives in a particular moment, the future of the past, and the timing of a “Kiss” or “Paranoimia” doesn’t happen twice. No one remembers Max Headroom or (thankfully) the limp remake of Dragnet today, and the crossover appeal of artists like Tony Bennett and Tom Jones is a small window in the scheme of Time. In fact, I’m inclined to see The Art of Noise as the gimmick that keeps on giving. Using Peter Gunn as the common domino, you could make the connection that The Art of Noise were the ELP of the ‘80s. Both bands played to the tastes of the time, both flaunted their artistic sensibilities, and both are likely to suffer for it in years to come (ELP already has).

Does that mean I consider The Art of Noise to be pop artists? Not really. Pop art, as I understand it, takes common objects and elevates them to art. These songs are more about finding a new venue for already-popular products. In their re-purposing of content, The Art of Noise were remarkable, anticipating the mix masters of future generations. This compilation highlights this aspect by showcasing the twelve-inch versions rather than the edited singles (which differ greatly). Rarely do eight-minute tracks stay fresh from one end of the loaf to the other, but “Beatbox,” “Legacy” and “Kiss” never grow stale. And while the band earned a Grammy for their version of “Peter Gunn,” they probably deserved another one for producing listenable lemonade from the sour theme to “Dragnet.”

Like Was (Not Was) and Devo, the legacy of The Art of Noise may be left to people who probably didn’t get their music in the first place. If you missed them the first time, well, you missed them. However, for collectors, this Best Of (another followed some years later) may stand a foot taller for its inclusion of otherwise hard-to-find 12-inch versions.