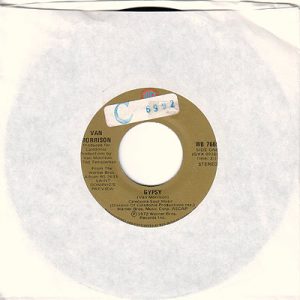 This is vintage Van Morrison, when the man didn’t seem capable of writing a bad song. “Gypsy” and “Saint Dominic’s Preview” (both from the album of the same name) are bittersweet treats that have more than a little in common with mid-career Dylan. Van’s voice could still steer a line without bruising it, his inflection (like Dylan) could add weight to an otherwise ordinary word (check out the way he hangs up on “storey block” in St. Dominic’s). Based on this preview alone, I can see why Rolling Stone’s Dave Marsh found parts of St. Dominic’s “as soul-searching and soulful as any modern music.”