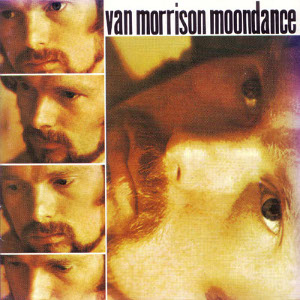 Van Morrison never lost the little boy in him who sat spellbound listening to rock & roll for the first time on a record player. That same wide-eyed wonder is at work on Moondance. When he sings on the opening track, “Hope it don’t rain all day,” he’s not being completely honest. He wants to get wet, to baptize himself in rhythm and blues. Moondance is his sharing of the rapture. It contains some of his most memorable music: “And It Stoned Me,” “Moondance,” “Crazy Love,” “Caravan.” His songs have the earthy intellect of Dylan, the soulfulness of Ray Charles. Earthy intellect? Man I’m sorry about that. Dylan was a loquacious Loki, a troublemaker, an intellect first but also, somewhere under the veneer, a balladeer. Invert that and you have Van Morrison. There’s a kernel of chaos in every song, but Van Morrison isn’t preaching revolution to the world, he’s preaching freedom from within. The same freedom I felt as a kid when I first heard rock & roll. You wanted to hoard it, share it, run down the street singing it and end every conversation with it. That’s the message of Moondance: love and music will set you free. I don’t see the mystic at work in this music so much as the imagery of allegory. Trains, boats, gypsies are all signs of freedom. Really, there’s nothing that mystical about it. But Morrison is a converted man, singing from the other side. He wants you to jump in the water with him, to dance under the moon, to turn up the radio and feel free. You should. It’s a marvelous night for it.

All songs written by Van Morrison.

The Pictures
Photography by Elliott Landry. Design by Bob Cato.