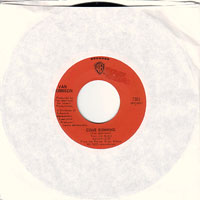 If I were to pick a single from Moondance, I would have selected the title track or “Crazy Love,” but that’s why I’m writing record reviews in my basement and not making business decisions for a big record label. Well, that and an odd predilection for pajamas over pants. “Come Running” sounds like Nashville Skyline filtered through R&B/soul, which I suppose is a roundabout way of saying a “black Bob Dylan,” although a trite description like that would be insulting to everyone involved. The sensual, soulful “Crazy Love” is pressed into service here as the B side and, over the years, artists have made a bee line to it rather than “Come Running” when looking for something of Van’s to cover.