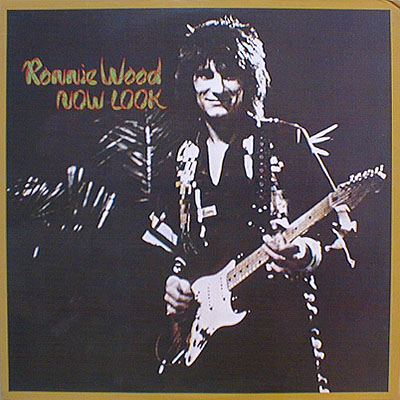 It’s all about accepting what you need out of life. It’s all up to what you value. It’s all pretty much the same to me. Ron Wood’s second solo album could pass for a George Harrison record in spots, which is to say more polished than its scratchy sub-Rod Stewart exterior would first indicate. In fact, Now Look is what I expected a Keith Richards record to sound like: boozy with moments of sobering lucidity (“Breathe On Me”). Wood was at a crossroad between The Faces and The Stones (hardly between a rock and a hard place); within the year, his fortune would be assured as a member of the world’s greatest rock & roll brand. Without the heavy mantle of the Stones yet on his shoulders, Wood remains free to try on different faces: disco (“If You Don’t Want My Love”), island rock (“Caribbean Boogie”) and boogaloo (“I Can Say She’s Allright”). He gets support from Bobby Womack, Kenny Jones and Ian McLagan, not to mention Keith Richards and Mick Taylor. Nothing on Now Look is a revelation (well, maybe “Breathe On Me”) but songs like “Now Look” and “I Got Lost When I Found You” opened my ears a little wider and gave me a greater appreciation of the man. Wood’s guitar playing is unimpeachable, his raspy voice grows on you over time, the arrangements straightforward but not stingy. Like I said, George Harrison. I’m not sure how much mythology Ron Wood can lay claim to, however. George was a mystic Beatle, Ron was merely the less haggard-looking of the latter-day Stones’ two guitarists. If you’re interested, this and his first album (which featured a more impressive cast) are the places to start and make for a nice supplement to any mid-70s Stones collection.