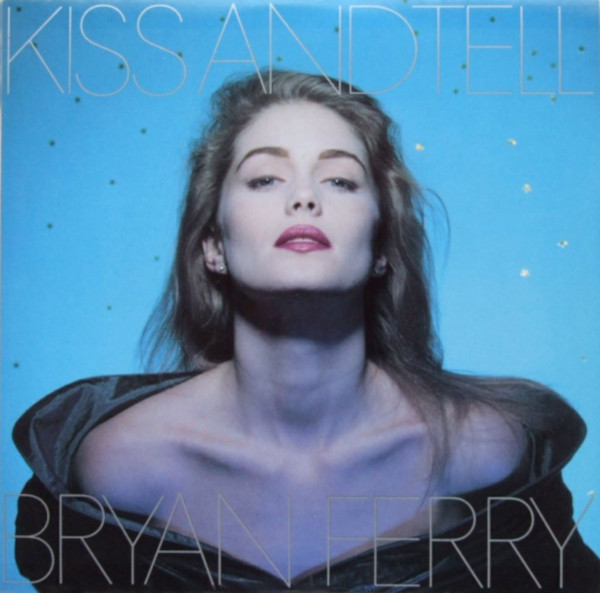 Kind of like Love Me Madly Again, again, only more stylish and polished.

Kronomyth 7.2: The beast with two backs.

“I enjoyed sex and I indulged in it when I fancied the men, but I was no hypocrite. It was others who were disguising their peccadilloes in dinner jackets, diamonds and evening dresses, indulging in weird fantasies.” – Christine Keeler, as quoted in the NY Times.

Bryan Ferry never really left the spectral shores of Avalon, and the singles that followed (“Slave to Love,” “Don’t Stop the Dance”) were more or less beachwalking/seagazing along the same strand. Kiss And Tell continued that trend, appearing as the second single from Bryan’s second post-Roxy album, Bête Noire. The song had the minor distinction of also appearing in the film Bright Lights, Big City starring Michael J. Fox. It’s a stylish song with a dark narrative, a worldwise update on “The Price of Love” for a media-frienzied age. The song was treated to slightly different dance/extended mixes that make it easier to dance to (provided you ignore the lyrics) and includes a rare typewriter solo.

The flip side is the elpee version of the atmospheric, unearthly Zamba. This is a departure for Ferry, sounding like Peter Gabriel’s “Mercy Street” transported to some spirit world. “Kiss and Tell” was also accompanied by a stylish music video that showed our Dorian Gray remained untouched by the years, a reassurance to aging rockers everywhere.