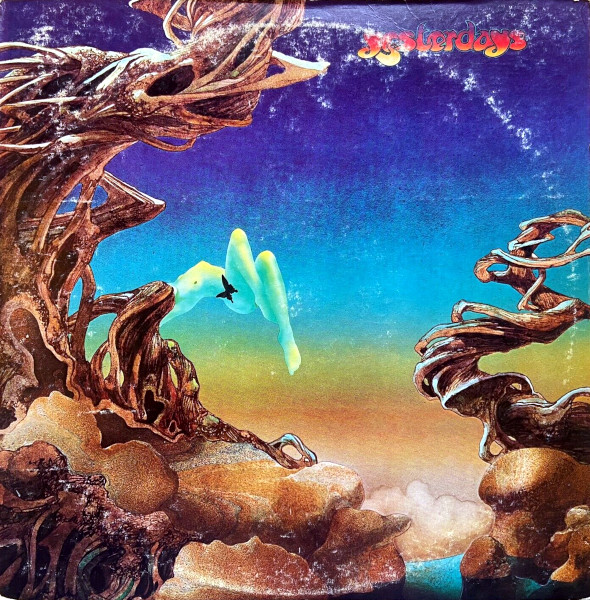 A compilation of their early songs plus the full-length version of “America,” all tied up nicely.

I wouldn’t call Yes or Time and a Word classic Yes albums, although both have their moments. While the group was on hiatus, Atlantic chose the best moments from their first two albums and wrapped them in two hard-to-find but well-worth-hearing songs: Dear Father (originally released as a single B side) and the complete version of Simon & Garfunkel’s America that only appeared on the label compilation, The Age of Atlantic. (A less satisfying edited version was released as a single in 1972.) Calling it Yesterdays, fans now had an early catch-all compilation that belonged with the band’s best work.

There’s no denying that “America,” the only track on here that features Steve Howe and Rick Wakeman, is head and shoulders above the rest of these songs. Even with Wakeman essentially emulating the style of Tony Kaye, the difference is significant, particularly in Howe’s acrobatic guitar playing. “Dear Father” isn’t so agile, but the Beatles-influenced chorus is too good to hold down. The same could be said for Time and a Word and Then. I’m on record as saying I don’t like Time and a Word, and I’m not changing my tune, only pointing out that it’s more palatable in smaller doses.

You could argue that Yesterdays is nothing more than product, and you’d be right. But it’s product with a purpose, folding the band’s early work into their classic period of The Yes Album through Going for the One. Packaging it with a Roger Dean cover is also a nice touch (how many of us have speculated on what a Roger Dean cover of The Yes Album might have looked like?). The band’s classic albums are compulsory purchases for prog fans but, after that, a trip back to Yesterdays might be in order before you follow the Drama of what came after.