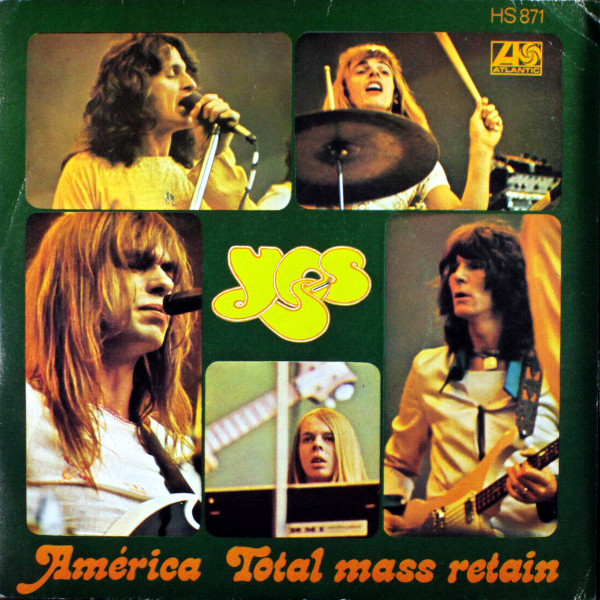 The band’s celestial version of Simon & Garfunkel’s “America” is in a whole different universe, musically speaking.

Kronomyth 4.5: All in all, the journey takes you all the way.

Leave it to Yes to make America great again. I always enjoyed the original, but the 10-minute version from the classic lineup of Yes, which first appeared on The New Age of Atlantic compilation, transforms it into a progressive rock opus. Apparently, the label liked it well enough to make it the band’s next single, in a heavily edited version. It’s a hatchet job as editing goes, with the first and last parts fused together and five minutes of phenomenal jamming missing in the middle, but a miniature “America” lifted on spiral arches of sound is still a small treasure. Chris Squire is an absolute monster on this song; I’m pretty sure his bass amp’s volume knob started at 10 and went up from there.

The B side is an excerpted movement from the magnificent title track on Close to the Edge, Total Mass Retain. Of interest, that album had been recorded but not yet released, making this B side a teaser of the wonders to come. When Jon Anderson sings “Sudden call shouldn’t take away the startled memory,” the next moment is one of prog’s planetary alignments of perfection. Once again, Squire should have been recorded in a separate building, his bass sound is that big. Hands down my favorite bass player of all time, ever.