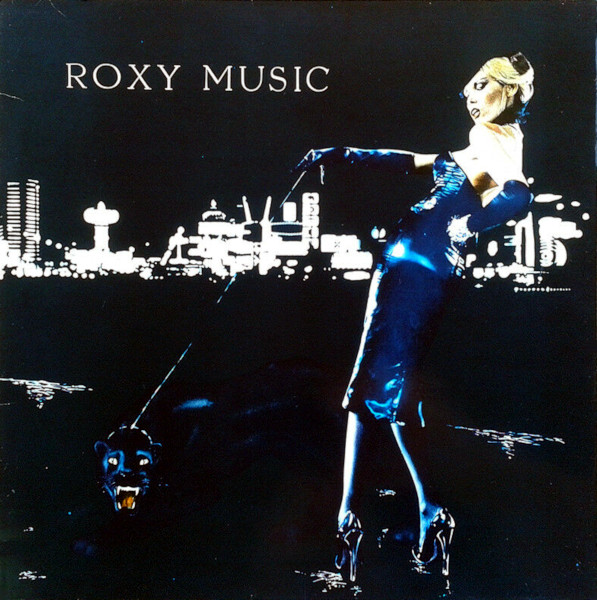 Their surreal second album stands as perhaps both their brightest and darkest hour.

Kronomyth 2.0: At the strand of nightmares.

Roxy Music’s first was a revolutionary record, but it didn’t haunt you through the ages. For Your Pleasure does. It is the soundtrack to a beau monde in blacklight, a surreal nightmare where love is a temptation impossible to taste. The final words, “Tara, Tara,” foreshadow the ghost world of Avalon, and you could argue that Roxy’s immortality rests on these two albums of the dead (although I would tell you that Country Life is the best thing they’ve ever done because I’m a contrarian pain in the ass).

The band spent considerably more time and money on their second album, going through two producers (Chris Thomas, John Anthony) in the process. What you’ll hear immediately is a greater sense of control over their music. Compare the schizophrenic second side of their debut with the black holes of “For Your Pleasure” and “The Bogus Man.” Those songs (and “In Every Dream Home A Heartache”) suck you in like innocents and spit you out psychologically shaken. The dark album cover isn’t a deception; in the world of Roxy Music, style and substance are equal partners, and the album cover is as much a part of their art as their music.

If their second album contained only those opaque wonders, it would still have a measure of fame, like Velvet Underground’s White Light/White Heat. But the rest of the album is a refinement of the revved-up, glammed-up art rock of their debut. The opening “Do The Strand” and “Editions of You” are mined from the same vein as “Virginia Plain,” and it’s not for nothing that many consider Strand to be the quintessential Roxy song, so perfectly does it capture everything that was exciting and special about the first incarnation of the band. And then there is the star-crossed “Beauty Queen,” one of Bryan Ferry’s most romantic numbers over a long career as a crooner.

Although rarely counted among classic Roxy compositions, “Strictly Confidential” might be the album’s most important song, as it underpins the idea that Ferry is singing from the land of the dead. Here, as on much of the album, Andy Mackay’s oboe and saxophone create an otherwordly atmosphere; in many ways, his role is more critical than Eno’s in adding an alien beauty to For Your Pleasure. Paul Thompson, an underrated drummer, also does an impressive job of playing drums in a dreamlike style, no easy feat. Eno’s treatments are stamped all over the title track and “The Bogus Man;” in fact, while listening to the title track yesterday, I jotted “fat lady of limbourg’s suicidal sister?” in my notes.

If I didn’t mention Phil Manzanera immediately, that’s probably by design. His non-traditional approach to the electric guitar casts him as a colorist, often heavily treated by Eno’s electronics. There are fleeting bits of guitar solos, but mostly Manzanera is stringing barbs and broken glass on Ferry’s staff. John Porter, credited here as a guest artist (the band never had a proper bassist), plays an important supporting role in the music. His is the first instrument you hear on the album, and the final mix features him prominently on most of the songs. It’s impossible to imagine “Do The Strand,” “Beauty Queen” or “The Bogus Man” without his contributions.

While second albums tend to disappoint, For Your Pleasure has always found favor with critics, drawn to the album’s dark magnetic pull. New Musical Express, in a 1993 poll, ranked it among the top 30 albums (#27) of the 70s. In 2000, Q Magazine slated it slightly below (#33) in a list of the 100 greatest British albums of all time. As I said, I don’t believe this to be their best album; as much as I love Eno, he was always a bit of an odd fit in the band. But their darkest album? Oh yeah.

All songs written by Bryan Ferry.