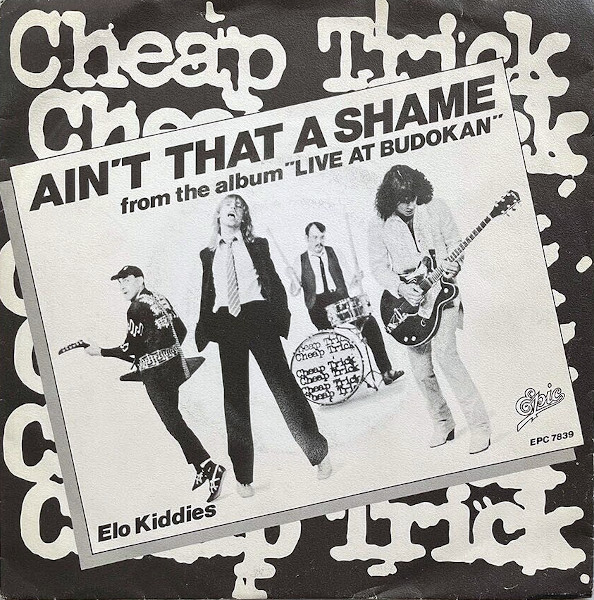 A cover of John Lennon’s cover that blows the top off it.

This is actually a cover of a cover: Fats Domino by way of John Lennon, who did a similar version of ATAS on his Rock ‘n’ Roll album. Some pretty subtle homage, that, but clearly these guys were listening to John Lennon a lot more than Fats Domino. I love Cheap Trick, but they’ve made some terrible choices when it comes to covers: Magical Mystery Tour, Don’t Be Cruel, don’t get me started. This one is probably the best cover they’ve done, although somebody did a butcher job on the “skinny” single edit version presented here.

The flip side is an old album track, which is appreciably clever when you recall that ELO used to do the same thing with their singles. Whether it’s actually a reference to ELO, well, who knows? It could simply be an English hello with a Slade-like spelling that belies its glam roots.