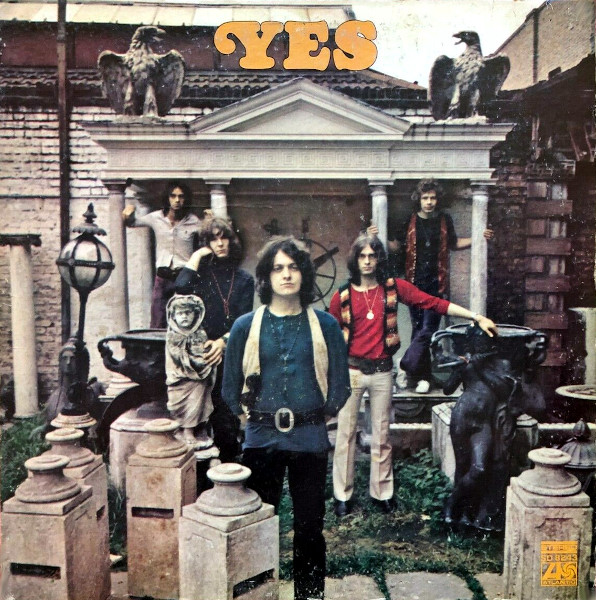 Before the masterworks, the band went beyond Deep Purple in their pursuit of new adventures in rock.

Kronomyth 1.0: Yesterday, all my buggles seemed so far away.

Nothing, not even the celestial music of Yes, is created in a vacuum. Cream, Vanilla Fudge, Deep Purple, The Byrds and Simon and Garfunkel all had some manner of influence on the band. In the case of Chris Squire, you could add The Beatles and The Who to the mix. Yet there is something distinctly different about the band, even on the first album, that sets them apart from everyone else. Maybe it was the pairing of polar opposites, Jon Anderson’s dry angelic voice and Squire’s impossibly fluid bass, that made them unique. Perhaps “Beyond And Before” says it best, as the music presented here goes beyond what bands like Deep Purple had done before them.

Even casual fans know that The Yes Album is the band’s first true masterpiece. What many of them don’t know is that the band had already set out on that path with Peter Banks. Tony Kaye stuck around long enough to enjoy the band’s success, and you’ll hear some of that foreshadowed on “Survival” and “Looking Around.” But before any of that happens, you’ll be struck by how much Banks sounds like Steve Howe—followed by the realization that Banks set the template for Howe. That’s not to take anything away from Howe, who is both a brilliant guitarist and an amazing songwriter. The remark is intended to show that Yes already knew what kind of music they wanted to play from the beginning, they just hadn’t fully decided who they wanted to play it with yet.

In many ways, the first Yes album is a flawed gem. A good half of the album is classic Yes, including the often overlooked “Harold Land,” which provides a nearly perfect template for Genesis to follow on Trespass. The other half shows a band still finding its voice. As with Vanilla Fudge and Deep Purple, Yes gives the Fab Four a fresh coat of paint on “Every Little Thing” and adds a terrific version of The Byrds’ “I See You” that improves on the original. (Banks actually sounds like Roger McGuinn on both tracks.) On “Yesterday And Today” and “Sweetness” (the band’s first single), Anderson goes after a sweeter, softer vibe, but the group hadn’t unlocked the keys to that airy kingdom yet. In fact, Jon’s voice is honestly a little annoying on this album sometimes. (There, I said it.)

I would tell you that things improved on their next album, only they didn’t, as the band fell prey to the whole “let’s take symphonic rock literally” movement that sucked in The Moody Blues, Deep Purple and Procol Harum. On their first album, Squire is amazing out of the gate, Banks has flashes of brilliance, but Anderson’s voice is too parched for my tastes, Kaye is buried in the mix and Bill Bruford (indignity of indignities!) is asked to carry the beat. When it all clicks, it’s very exciting. When it doesn’t, the group comes off as precious. If you’re a Yes fan, you’ll own this album eventually—and preferably on a good remaster. If you just want to experience this period without wading through the mediocre stuff, pick up a copy of Yesterdays instead.