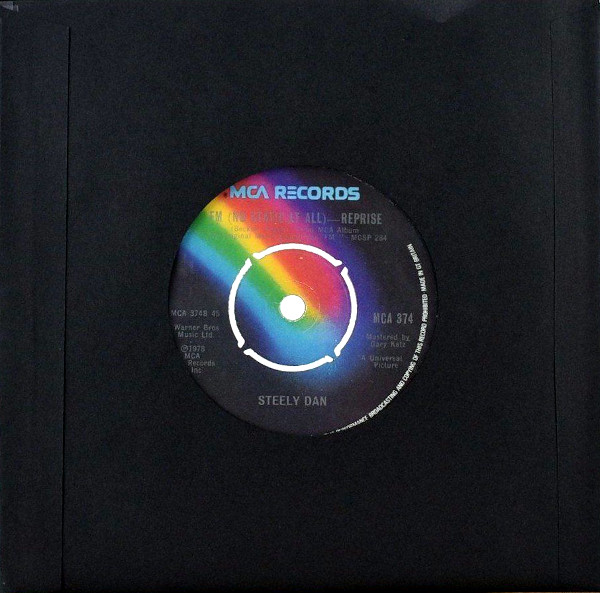 A seven-inch proposition from the Aja sessions to which the radio offered up no resistance.

At the time, you couldn’t spin a radio dial without landing on something by Steely Dan or Eagles. FM (No Static at All) had the rare distinction of featuring both bands on one song — according to Wikipedia, anyway. Me, I don’t hear Glenn Frey or Don Henley in the final mix and find it unlikely that Henley would appear on the song after being “fired” from “Peg,” but what do I know? At any rate, “FM (No Static at All)” is a great song that feels like “Deacon Blues” (Pete Christlieb delivers another perfect solo), “Josie” and “Hey Nineteen” rolled into one.

The B side is an instrumental reprise with a slightly different solo and more piano flourishes. It appeared as the last track on FM: The Original Movie Soundtrack, as did the full-length version of “FM (No Static at All).” The single features an edited version that fades out early. Of interest, engineer Roger Nichols earned a Grammy for Best Engineering for this song. This single was also re-issued in 1982 to advertise the new compilation, Gold.