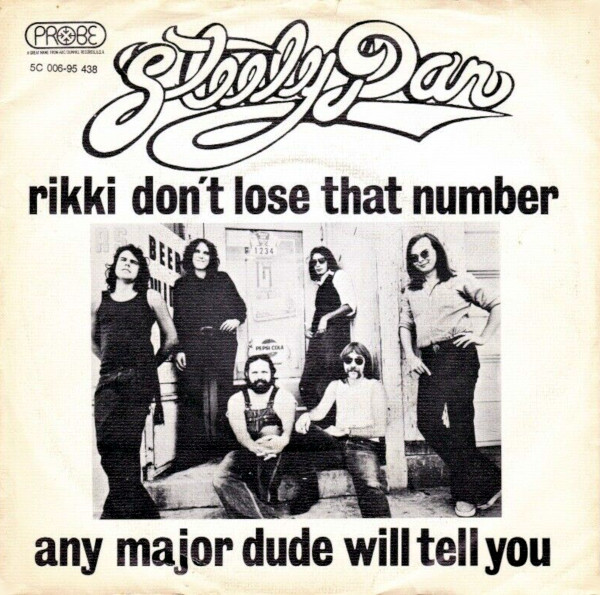 The band refashions a tune from Horace Silver into pure gold with the first single from Pretzel Logic.

In the olden days, luxuriating in the bounty of free time that befalls a bachelor, I might have spinned you a yarn about the difference between this four-minute version of Rikki and the original elpee version. As a married man, however, I can’t begin to explain to my more practical half how listening to Rikki Don’t Lose That Number four times could possibly be more important than sealing around the tub or building yet another bookcase for the basement, so you’ll just have to use your imagination.

Of course the vibe intro is gone. You knew that already if you remember this one from the radio way back when. It also sounds faster, but that could be because the intro set the expectation for a slower tempo. Anyway, there’s only about a half minute missing, so it’s no great mystery worth idling over. And surely there’s a bathtub or a bookcase or a concealed tunnel to the local pub that needs tending to.

The B side is my favorite track from Pretzel Logic, Any Major Dude Will Tell You. This got radio play too, though not as much as Rikki. It even showed up Steely Dan’s Greatest Hits. So did “East St. Louis Toodle-oo,” which always baffled me.