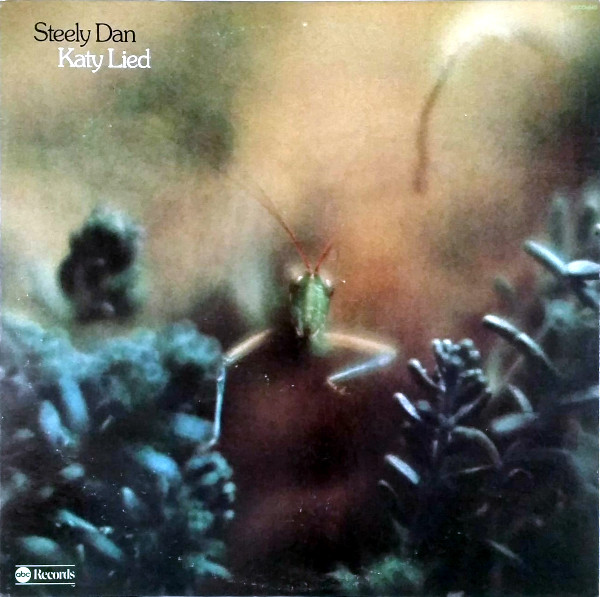 Steely Dan were masters of innuendo but, more than that, they were the reigning monarchs of misanthropic misadventures. On Katy Lied, they assemble an impressive cast of anti-heroes: a rogue investor with an escape plan during a market run, a pervert showing pornographic films to children and the sort of men you’d expect to find waiting for the iceman. The precision of the playing and the sheer tunefulness of it all is the sugar coating of a band that had soured on the world but elevated their antisocial perspective to an art form.

If asked, I would tell you this is my favorite Steely Dan album, but I might give you the same answer for Aja or Countdown to Ecstasy. The Royal Scam is the most similar album in terms of its malignant misanthropy, just not as tuneful. Despite the ever-expanding cast of players, Walter Becker steps forward on this album as a lead guitarist. Black Friday and Bad Sneakers, perennial favorites among Dan fans, both feature solos from Becker, who concedes nothing to his esteemed colleagues. Rose Darling, a throwback to the sound of their first album, is one of those songs rich with innuendo. Who is Snake Mary and why is she in Detroit with lots of money in her hand? Daddy Don’t Live In That New York City No More is the album’s funkiest track, a song about a scoundrel who may have cleaned up his act or just cleared out of town. Side one ends with one of my favorite Steely Dan songs, Doctor Wu. It’s a maudlin masterpiece that just stays with you, like “Deacon Blues.”

The second side of music doesn’t contain any recognizable hits, which isn’t to say it doesn’t have its share of winners. Everyone’s Gone to the Movies is repulsive and irresistible at the same time. Your Gold Teeth II is a rare case of Dan revisiting an idea, this time giving it a much softer reading. Both Chain Lightning (which channels the blues) and Any World (That I’m Welcome To) are songs seeking a connection with the world. But it all ends with a scathing portrait of the marginal actor/musician on Throw Back The Little Ones.

I confess that I secretly delight in the way that Steely Dan can deliver such vitriol in pretty packages. They cut their characters down to size with a surgeon’s skill, until it feels like it’s just you and Steely Dan and a world of miserable miscreants. I secretly suspect that all Steely Dan fans are misanthropes at heart. A fraternity of people who hate people: just another Dan enigma.

Music composed and arranged by Walter Becker and Donald Fagen.